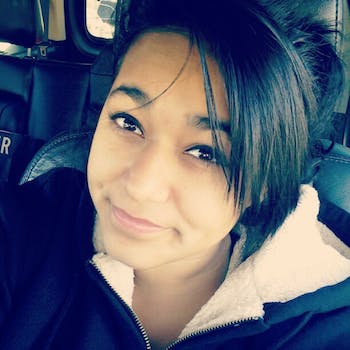 Family and friends were shocked when Felicia Garcia, 15, jumped in front of a train at the Huguenot Staten Island Railway station Wednesday afternoon. Her final tweet on Oct. 22 is haunting many.

“I cant, im  done, I give up,” she tweeted. Her final message was retweeted 317 times and strangers sent her “rest in peace” messages.

Witnesses recounted seeing Garcia upset and asked everyone around her at the station when the next train would arrive. When the train finally reached the station, Garcia placed her belongings on the platform.

Garcia was taken to Staten Island University Hospital, where she was pronounced dead. The Metropolitan Transit Authority stated that they would conduct an investigation with the NYPD into the incident.

Her friends and family came together on Facebook, Twitter, and Instagram to discuss the death and flooded the pages with “rest in peace” messages and calls to end bullying. Many have linked Garcia’s suicide to bullying both at school and online and that she was targeted by the Tottenville High School football team.

“This poor girl was called a sl–,” Victoria, a senior at Tottenville who knew Garcia, told the New York Post. “She was teased on Facebook. People [sic] knock books out of kids hands.”

Law enforcement told the Staten Island Advance that they plan to investigate to see whether bullying had a role in Garcia’s death.