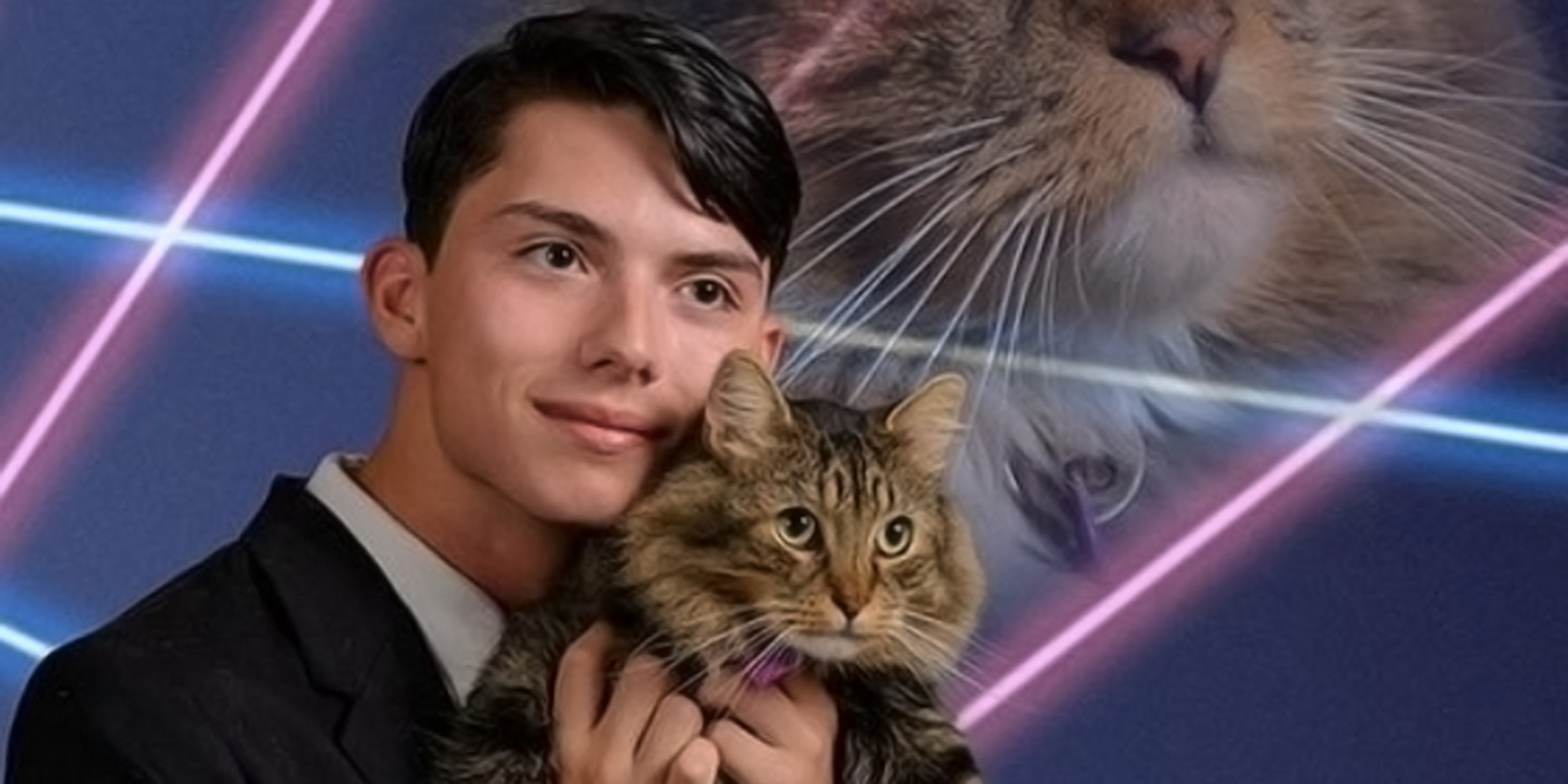 Some people start petitions to raise money for starving children. This is what Draven Rodriguez did.

Remember that obnoxious girl in your high school who actively petitioned your yearbook committee to allow her to take her yearbook photo with her boyfriend, and when they said no she complained they were suppressing her right to free speech, even though she broke up with him two months later? This is like that, except awesome.

Draven Rodriguez, an 18-year-old high school student in Schenectady, N.Y., has launched a petition to use the following photo with his cat, Mr. Bigglesworth, as his yearbook senior portrait:

Schenectady student petitions to have this photo in the yearbook https://t.co/C1naGEl3yF What do you think? pic.twitter.com/Wuv84wVVZi

Whoa, Nelly. I hope you Ivy League colleges haven’t filled up your early-decision classes yet because you’re gonna want to make room for one more candidate.

According to Rodriguez’s petition on iPetitions.com, officials at Schenectady High School haven’t actually rejected the photo yet: “This is my pre-emptive strike, just in case such a thing were to happen,” he writes. “I wanted as many backers as possible before the deadline of September 15th.” He’s “hoping that with enough signatures, my school simply can’t turn this down.”

It looks like he might get his wish: His petition has garnered more than 3,342 signatures. Congratulations, Draven Rodriguez. Forty years from now, you’ll look at this photo and find it either really, really badass, or really, really embarrassing.

Update: In an epic turn of events, Rodriguez’s school will not only allow him to use the laser-cat photo in the year book, but the school’s principal, Diane Wilkinson, will pose for a similar photo, which will run beside Rodriguez’s. From Today.com:

“…[W]hen school principal Diane Wilkinson dropped by Rodriguez’s English class on Friday, she pitched an idea that rendered the petition obsolete. Wilkinson is also the proud owner of a rescue cat, and she suggested the two of them take a photo in the same awesomely ’80s, laserbeam style while posing with their respective pets. Rodriguez and the rest of his class were thrilled with the idea.”