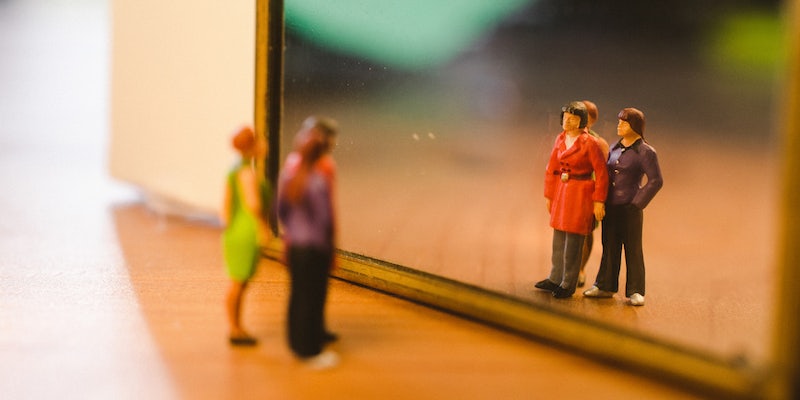 Tangled Web: How do I rate as a potential date? (Really?)

This person in search of dating advice believes they are a 7.9 out of 10. Approximately.

What type of advice would you give a 26-year-old old guy who’s looking for a woman to date and eventually marry, in regards to meeting this person online? He’s a bit of a tech nerd, but according to “Rate-Me” type websites he’s a respectable 7.9/10.

Also, aside from OKCupid are there any other dating sites you’d recommend? I ask because i’ve been on a few sites and a majority of the women come off as immature, too sexy, or semi-male bashers. And though I’m not super religious, I was raised on pretty strong morals.

I have two initial pieces of advice:

1) Get off the rating websites. I understand the appeal—especially for a tech nerd—of pretending that attractiveness is something you can quantify down to one decimal place, but it isn’t. It’s an alchemy between two people, and it has no significant figures.

The most important thing to remember when dating, online or off, is that people you want to date ARE STILL PEOPLE. This is a particular hurdle for straight men, since they get tons of messages from the culture at large (and often from their buddies in particular) telling them that women are some kind of exotic alien race. They’re not. They’re human beings, not prizes or challenges—and unless you understand that with every fiber of your being, please do yourself and everyone else a favor and wait to start dating until you do. 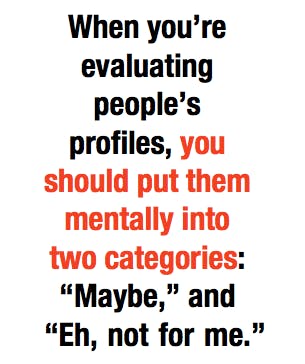 That means, for a start, that women on dating sites get to be exactly as mature, sexy, or hostile as they want to be. You don’t have to feel like hanging out with them, but you absolutely do not get to imply that their choices, preferences, or self-presentations are “immoral.” They did not develop their personalities for you, and if you don’t mesh, that’s because the interaction is lacking, not because there’s something wrong with how they are.

When you’re evaluating people’s profiles, you should put them mentally into two categories: “Maybe,” and “Eh, not for me.” Think about how to approach the “maybe” pile, and don’t give the rest a second thought. A lot of people put significantly more effort into profiles that fall into the “not for me” category than they put into the “maybes,” spending their energy on figuring out and explaining exactly what they dislike about each one in particular and the mass of them in general. These people are bitter, resentful, and no fun to date, and it comes off them in waves.

As for non-OKCupid sites, you might try Hinge, which uses Facebook data to set you up with single friends-of-friends. In theory, this will let you relax about the values of the ladies you might date, since they come with the implicit approval of at least one person you know. In practice, though, I’m recommending it mainly so you stay on good behavior. Lecture anyone on her morals, and you’re likely to get an earful from your connecting friend—a good reminder that women are fully-formed beings outside the dating world.