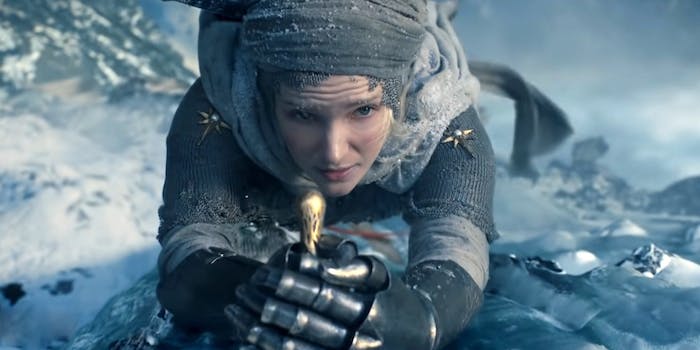 This week in streaming: Return to Middle-earth

Welcome to the Wednesday edition of Internet Insider, where we tell you what you should be watching. This week, we discuss Amazon’s new Lord of the Rings series.

‘The Lord of the Rings: The Rings of Power’s Middle-earth makes its grand debut

I, like many for whom The Lord of the Rings (the books and the Peter Jackson movies) was a seminal text, was both initially wary of Amazon’s attempt to bring a new series to life and hungry for whatever slivers of information we could get our hands on. The show, which we now know is called The Lord of the Rings: The Rings of Power, had a massive cast, an even bigger budget, and a world of seemingly endless possibilities.

A small part of that veil has finally been lifted. Last Thursday, Vanity Fair published an extensive first look in which we saw photos of a younger Galadriel (Morfydd Clark), Elrond (Robert Aramayo), and a vast array of characters—humans, elves, dwarves, and harfoots (a precursor to hobbits) among them—that we’ve either only read about in the Appendices or are newly created for the show. On Sunday, as the third quarter of the Super Bowl played out, the first teaser trailer debuted online. And as we started to process that 1-minute trailer, showrunners J.D. Payne and Patrick McKay were also a little forthcoming, amid the teasing, about the many different kinds of stories they were telling and what parts of Tolkien’s text they can draw inspiration from. (Apparently, Amazon did not buy the rights to The Silmarillion! I, too, am curious about where they’ll get their inspiration.)

LOTR fans have been looking over and scrutinizing every frame of footage for days, and amid all of our questions remains the same kind of complaints of “forced diversity” that have been lobbied at basically any new property featuring actors who aren’t white. “It felt only natural to us that an adaptation of [author J.R.R.] Tolkien’s work would reflect what the world actually looks like,” executive producer Lindsey Weber told Vanity Fair. “Tolkien is for everyone. His stories are about his fictional races doing their best work when they leave the isolation of their own cultures and come together.” A Twitter thread included screenshots from fans complaining about movie changes such as having Arwen fight the Nazgûl in Fellowship of the Ring and outrage over the thought of women making the trek to Mordor back in 2001 show—so almost nothing has changed.

I have no way of knowing if The Rings of Power will be the next great fantasy show, a cautionary tale, or a forgettable affair that fails to separate itself from the other big fantasy shows airing right now. But right now, the wonder of new characters like the dwarven princess Disa (Sophia Nomvete) or the Silvan elf Arondir (Ismael Cruz Córdova) and what else is lurking in these corners of Middle-earth have me cautiously optimistic. It’ll even be nice to see Galadriel and Elrond again.

For the self-care enthusiast, it’s no secret that wellness gadgets make it easier to boost your health. But there’s wellness tech, and then there’s “shut up and take my money” wellness tech. These are the splurge-worthy wellness gadgets that will take your overall well-being to the next level.

Propelled by an endless supply of cliffhangers, All of Us Are Dead is a top-tier survival thriller. Intellectually, we know the heroes can’t possibly reach safety halfway through the season. But the pace is so engaging that this kind of logical thinking goes out the window. We’re kept on the edge of our seats as the kids flee from peril to peril, interspersed with quieter moments of emotional bonding. Elsewhere, the adults are (for the most part) useless. The show is pretty explicit in its message that authority figures have no interest in helping these kids survive, mirroring the teens’ experience of everyday life. Abandoned by the government, the school deteriorates into an amped-up Lord of the Flies.

Now Playing: “You Know My Name” by Chris Cornell