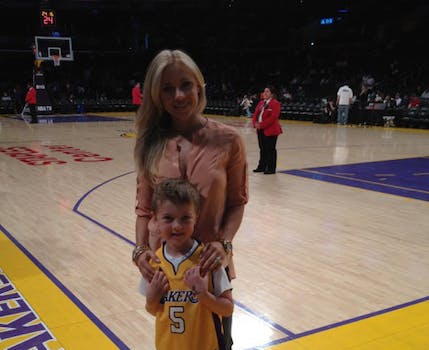 After Los Angeles Lakers guard Steve Blake missed a potentially game-winning shot on Wednesday, fans brutally attacked him and his family on Twitter.

Sports fans on Twitter have reached a new low—savagely attacking a player’s wife after he missed a big shot.

Steve Blake is a relatively unknown point guard for the Los Angeles Lakers. With his team down by two and only a few seconds left on the clock, he took—and missed—a three point shot that would have likely won the game for his team.

Not only did fans on Twitter attack Blake, they also harassed his wife with particularly vile and threatening messages. While fans going after players on Twitter is nothing new, it’s rare to see them going after a player’s family with such savagery.

Below, some Lakers fans’ most heinous comments to a woman whose only crime is being married to a player who had an off night.