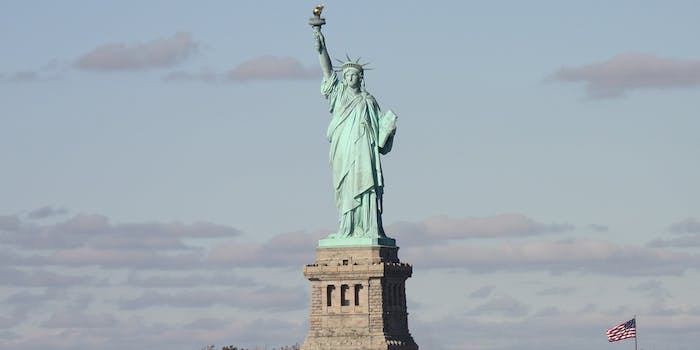 Someone has gone too far.

The Statue of Liberty and Liberty Island were evacuated after a suspicious package was found in lockers on the premises, reports CNN.

Senior law enforcement officials and the National Parks Service confirmed to local and national news networks that the major tourist destination had in fact received a bomb threat.

As major news sources picked up the story though, Twitter was already bursting with photos and tweets from tourists and New Yorkers on the scene at the iconic American landmark .

@RichMP: Statue of Liberty being evacuated ? No one knows why at the moment #statueofliberty #libertyisland #evacuate

#StatueofLiberty is being evacuated, officials doing a security sweep of the area according to @NatlParkService,

As is often the case these days, social media and mainstream media broke the story together in real time.

Sat on the boat off #libertyisland after being evacuated from #statueofliberty due to bomb scare. pic.twitter.com/aRylpcX5kl

😳 RT @CNNSitRoom: Statue of Liberty is being evacuated; #NYPD bomb squad is on the scene: http://t.co/J1YgT36BQT pic.twitter.com/98HzDYF0WW

Of course, this being the Internet, people are already cracking jokes about the “suspicious package.”

Shoulda looked up there earlier…

No word yet on who called in the bomb threat. The Daily Dot will update with more information as it becomes available. Stay safe, New York.