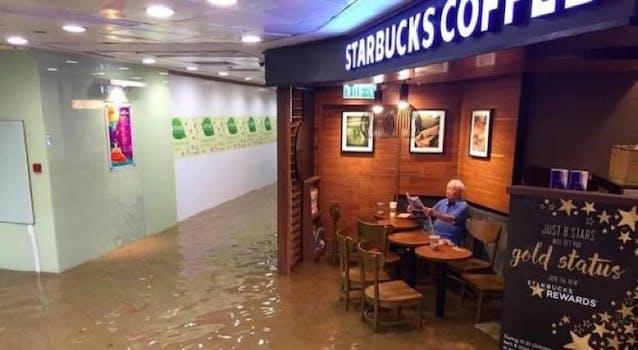 ‘Starbucks Uncle’ casually sips coffee as floodwaters rise around him

With Hong Kong flooding under heavy rain and preparing for a Super Typhoon this week, most residents are just trying to keep dry. But one heroic man isn’t bothered. He just chilled out in a Starbucks, drinking coffee and reading the paper as water pooled underneath him. Uncle’s nonchalant response to the flood made him the hero the Chinese internet needed this week. He’s been celebrated all over social media and Photoshopped into all kinds of disaster scenarios. He even ended up with a sidekick, a younger man in headphones who sat down next to him. 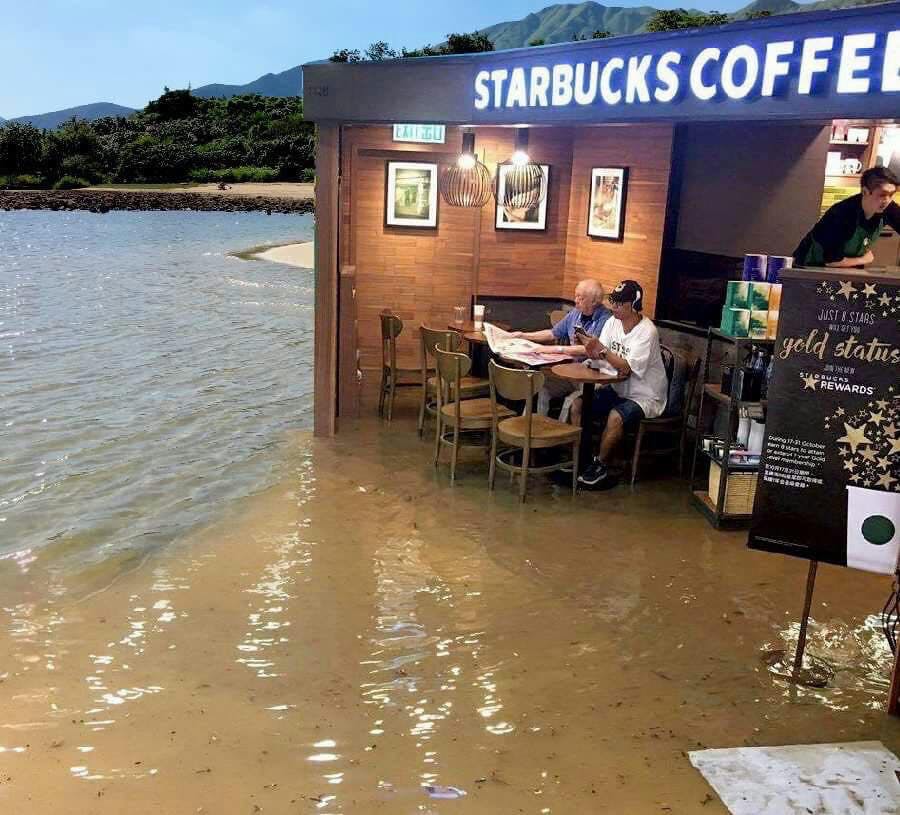 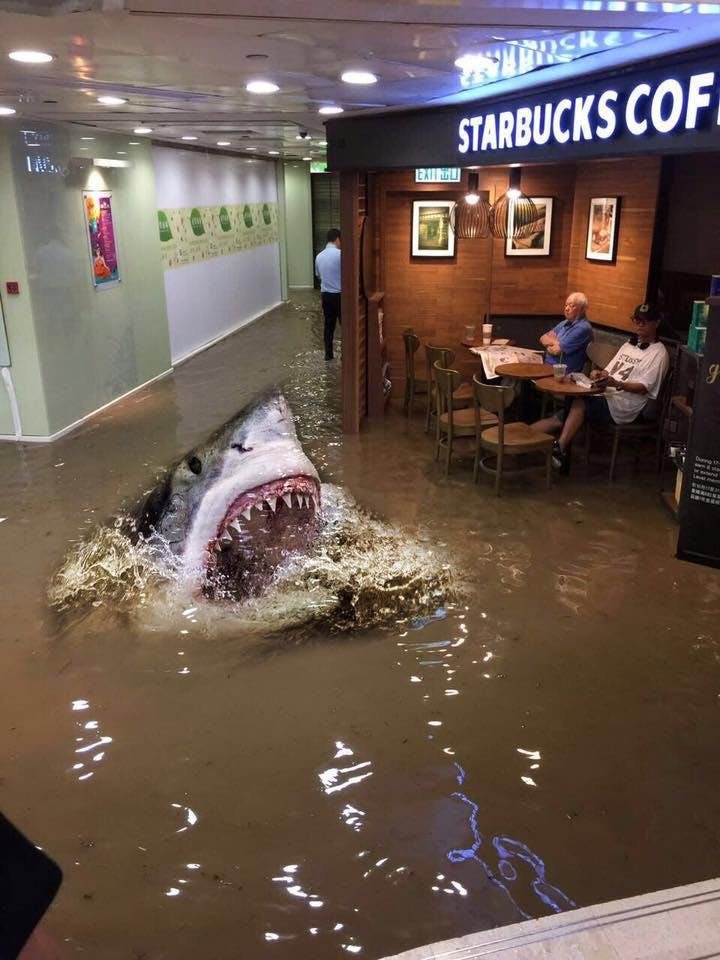 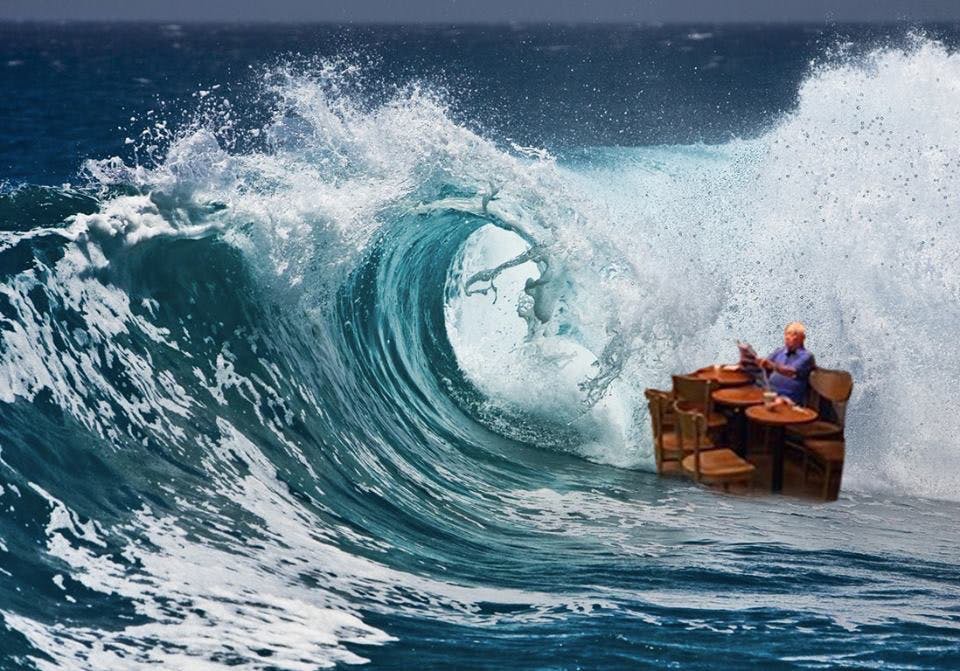 Starbucks Uncle got thousands of shares from one TV station’s Facebook page alone, not to mention the buzz he received on Weibo after the meme made its way to the rest of China. On Facebook, some said he embodied “Hong Kong spirit.”

Maybe he just really wanted that cup of coffee?

By Thursday morning, a cleaning crew had reportedly pumped out the water and restored the shop to pristine status. Uncle will probably be back as soon as his table is returned to its proper place.