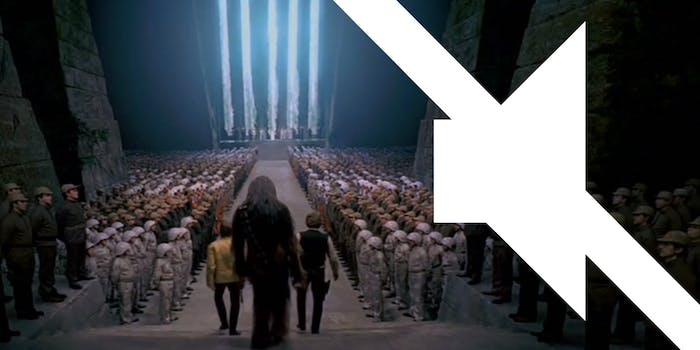 In cinematic history, there’s few film scores more iconic than that of Star Wars. From the jazzy Cantina Band to the Imperial March dripping with dread, the work of legendary composer John Williams is every bit as responsible for the sci-fi series’ success as the writers or actors. So if you take Williams out of Star Wars, what are you left with? Total awkwardness, as it happens.

YouTube channel Auralnauts has taken a hatchet to the Throne Room ending scene from A New Hope, chopping out the uplifting score and showing us what remains. The entire scene is transformed: Luke acts like an awkward teen, R2 looks demented, and Chewbacca—well, the less said about Chewie the better.