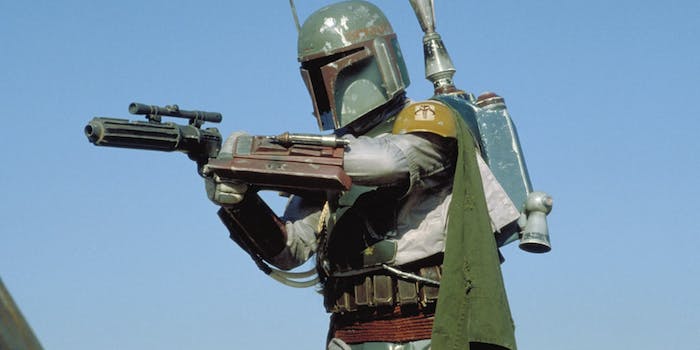 Obscure ‘Star Wars’ spinoffs like ‘Ewoks: The Battle for Endor’ are coming to Disney+

Back in a very different era of Star Wars media, people were happy to capitalize on the franchise with absurd and downright terrible spinoffs. The holy grail of this subgenre is the critically derided Star Wars Holiday Special featuring Mark Hamill, Harrison Ford, and Carrie Fisher. It’s still unavailable through legal means, although part of the film—along with several other vintage TV spinoffs—will arrive on Disney+ on April 2, Variety reports.

Of the new Star Wars media arriving next month, Genndy Tartakovsky’s Clone Wars is probably the most beloved. This animated series aired from 2003 to 2005, slotting in between Attack of the Clones and Revenge of the Sith. It paved the way for the CG-animated Clone Wars series from George Lucas, which led into the extensive franchise of Star Wars cartoons we know and love today.

However, the 2003 Clone Wars is not exactly a lost classic. It’s relatively recent, and people remember it well, even if it isn’t currently available on any streaming services. The same cannot be said for older spinoffs like Caravan of Courage: An Ewok Adventure, a 1984 live-action movie that many Star Wars fans probably don’t know existed in the first place. It’s a far cry from the polished extravaganzas of the Disney era, featuring a bunch of kids hanging out with Ewoks and other puppet/stop-motion animated alien creatures. This film, by the way, was a brainchild of Lucas.

The full list of new Disney+ releases also includes a 1985 live-action movie called Ewoks: The Battle for Endor, the 1985 animated Ewoks series, and an animated short called The Story of the Faithful Wookiee, which is actually an excerpt from the Holiday Special. That one is important because it’s the first onscreen appearance of Boba Fett, a character who became massively (and somewhat inexplicably) popular and will soon have his own big-budget Disney+ series.

Tartakovsky’s Clone Wars is the only one of these spinoffs that can reasonably be described as “good,” but honestly, the Ewok movies sound like they could be fun to check out, if only to witness a relic of a weirder era.