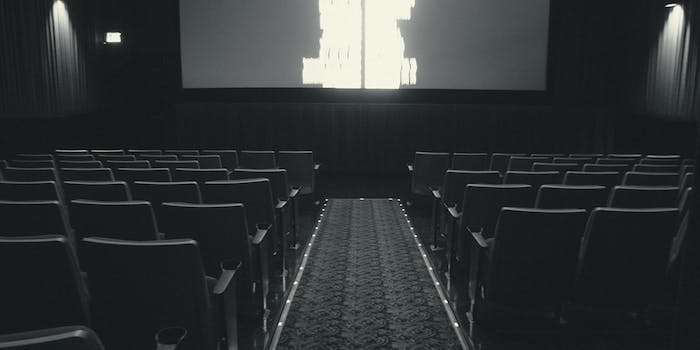 This is an evil darker than Darth Vader.

We all know Star Wars fans mean serious business, especially this weekend with the debut of the newest movie, The Force Awakens. And people surely weren’t too happy when their viewing experience was spoiled at a movie theater in Los Angeles.

According to Erik Melendez on Facebook, the projector at the ArcLight Hollywood‘s midnight Friday showing of The Force Awakens stopped and then started again, jumping ahead to a later scene—in other words, spoiling the movie.

In a video that Melendez recorded, you can see and hear the theater erupt into chaos.

Unfortunately, Luke Skywalker was not present to save the day.

H/T Death and Taxes| Photo via candelabrumdanse/Flickr (CC BY SA 2.0)