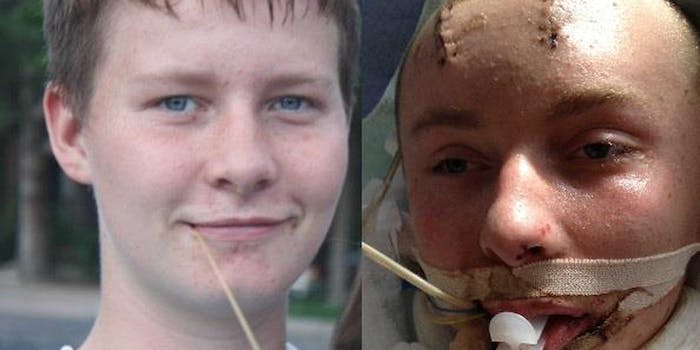 Help Ben Wolverton, Internet. You're his only hope.

On Saturday, May 4, Star Wars fans around the world will be wishing each other “May the Fourth be With You” as they celebrate Star Wars Day, a holiday dedicated to the science fiction franchise. But one family is hoping that this day of celebration and connection between fans can make a difference for their injured son.

A Twitter-bomb campaign scheduled for May 4 aims to raise awareness for Ben Wolverton, the 16-year-old son of author Dave Wolverton (also known as David Farland). Ben is suffering from severe brain trauma, a cracked skull, bruised lungs, and a broken pelvis and tail bone. He was injured in a longboarding accident on April 4 and recently emerged from a coma. His family apparently has no insurance because of pre-existing illnesses and hospital bills for Ben are expected to rise above $1 million. 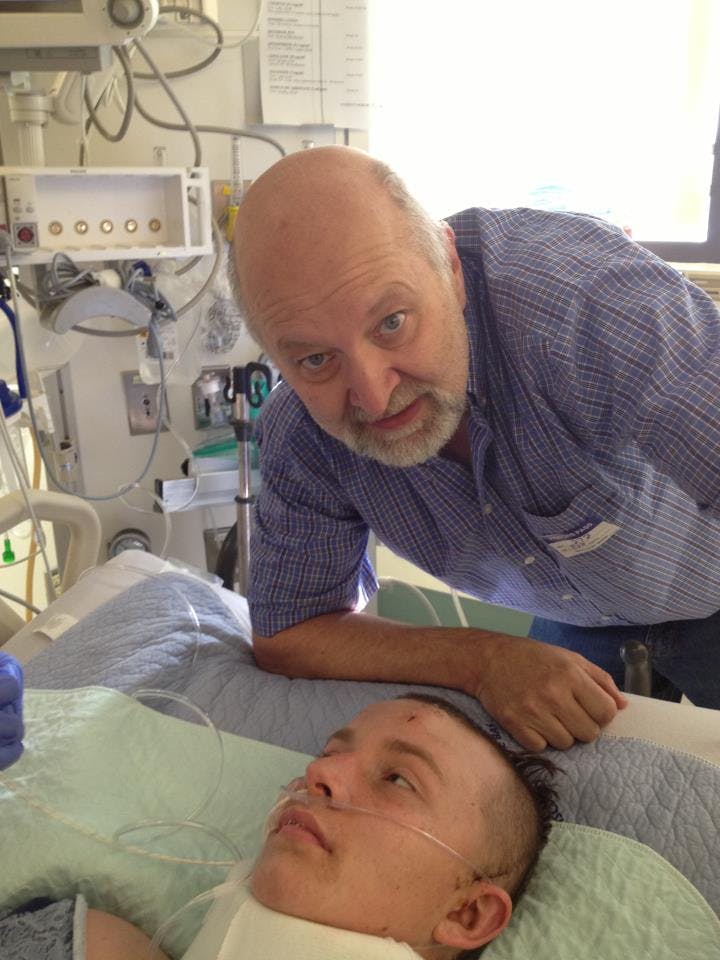 Dave has written a number of Star Wars novels, including The Courtship of Princess Leia. When Star Wars fans learned about his situation, they decided to help by encouraging people to spread the word about Ben on social media during Star Wars Day. The goal of the campaign according to their Facebook page is “to get #helpwolverton and #davidfarland trending on Twitter and Google+ on May the 4th (Star Wars Day) and encourage the kind people online to donate and help.”

The family has also set up a website, Help Ben Wolverton, where people can read updates about Ben’s health, learn more about Saturday’s campaign, and donate money by buying books or T-shirts.

“Ben is someone who lights up your world. If you talk to him, you want to know more. He is always full of compliments and goes the extra mile to brighten your day. I can’t imagine my world without him,” Ben’s sister Danielle wrote on the website. “I am so grateful for the outpouring of love and support our family has received on his behalf. Keep rooting for him, this is one hero who won’t let you down.” 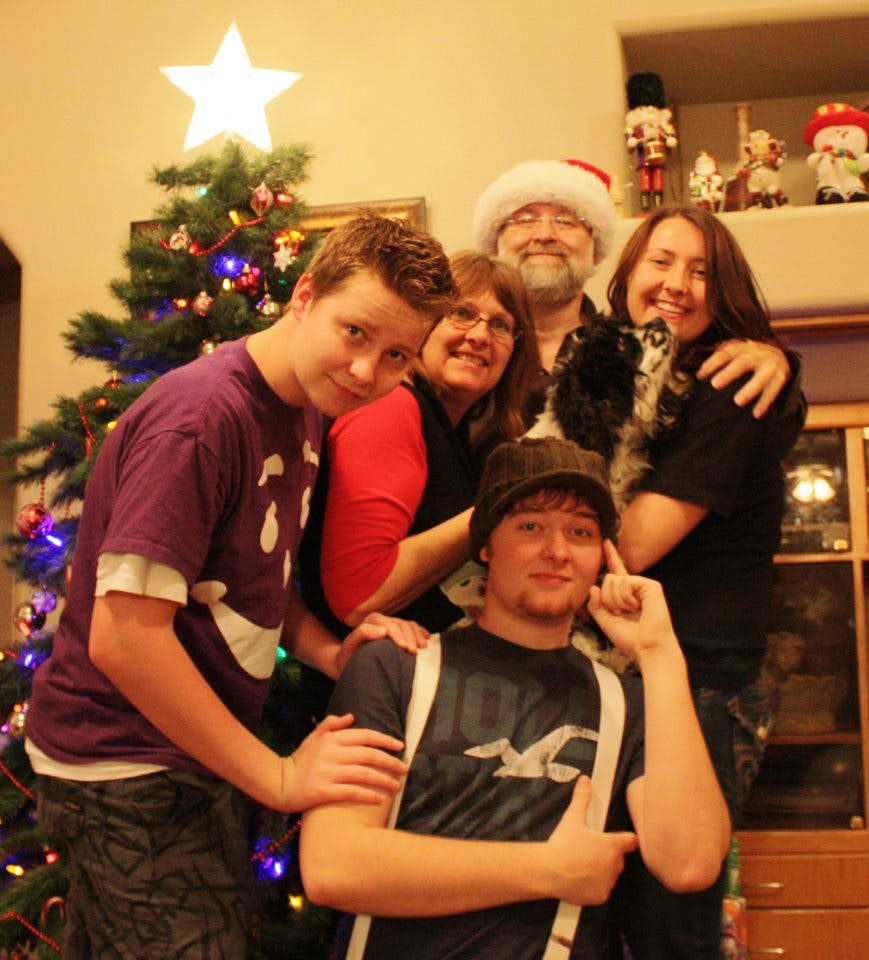 Ben’s brother Spencer also set up Ben’s Recovery Fund on the crowdfunding website GoFundMe 3 days after the accident. So far the campaign has raised over $35,000.

Dave wrote about the Star Wars Day campaign on Glipho, saying “Thank you to everyone who has helped us out so far.”

According to updates on Ben’s website, on May 1 he was able to say his first words since the accident and his brain swelling has decreased. On May 2, he was able to take a few steps for the first time in a month, and he’s now being prepared for a transfer to Primary Children’s Medical Center for rehabilitation. 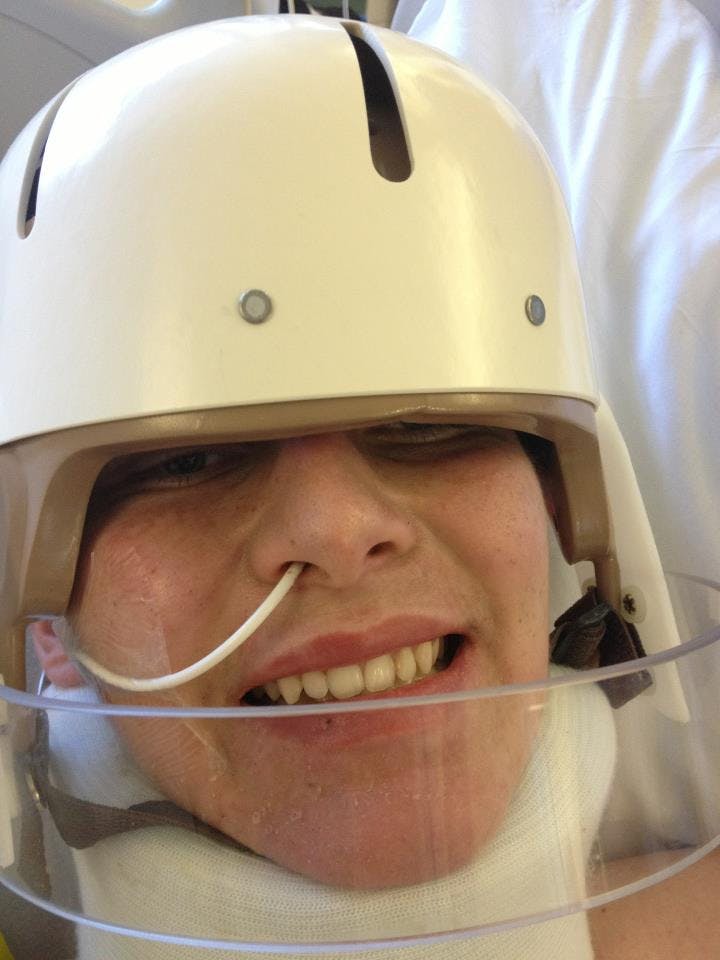 “Several independent studies show that spreading the word will significantly increase your midichlorian count,” write the organizers on Facebook. “Help us, Obi-Interwebs, you’re our only hope!”