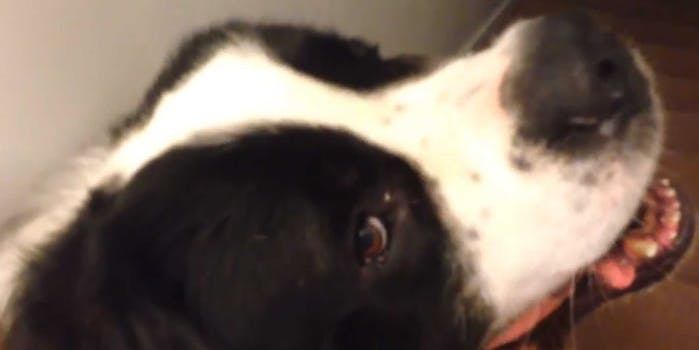 A St. Bernard named Jub Jub is the undisputed champ of hide-and-seek

Jub Jub, the biggest, furriest, friendliest St. Bernard you could ever hope to meet, has his own YouTube channel, and with good reason. He does a killer balancing act and he’s a world-class football player. But Jub Jub’s most impressive performance is that of a hide-and-seek superstar.

No matter where his owner hides, 200-pound Jub Jub sniffs him out (after counting to 30, of course). Disappearing under desks and blankets, into closets and behind TVs, none of it is enough to throw off his keen powers of detection. And once the jig is up, it’s time for a bunch of slobbery kisses—how better to celebrate victory than by shoving it in the loser’s face?

Tragically, Jub Jub’s talents don’t really extend to the “hiding” aspect of the game: there’s only so much of him that fits in the shower, after all.

If that’s how fast a single St. Bernard can find you, imagine what a whole pack of them could do.

Photo by Jub Jub The Dog/YouTube