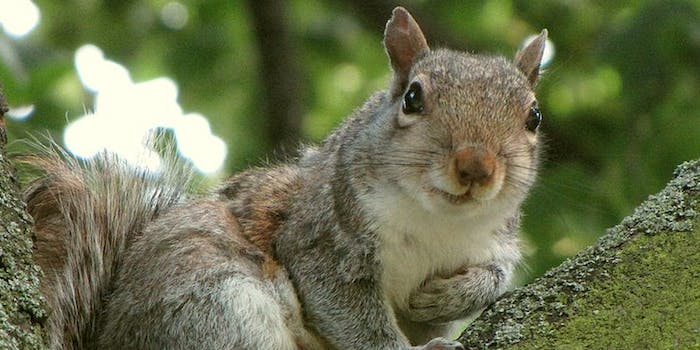 Well, that's one way to spice up a game.

Our new baseball hero has four legs and a fluffy grey tail.

During a Philadelphia Phillies/St. Louis Cardinals game on Friday, a squirrel managed to climb its way up the protective net around the players. For a few seconds, the crowd was transfixed as the squirrel clambered overhead, before it made a death-defying leap down to ground level.

Here’s the squirrel from another angle:

Keep the squirrel at home next time.

Don’t worry, our furry friend survived to tell the tale. While you can’t really see it resurface in this video, the live TV coverage reported it jumping into the Phillies dugout. The players scattered and the squirrel ran away behind some camera equipment, content with its impressive 15 seconds of fame.