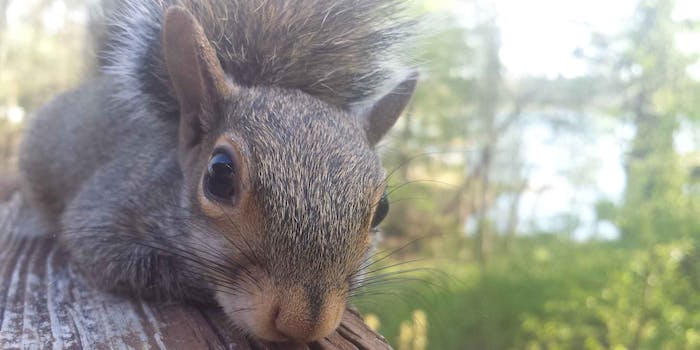 In the inimitable words of Dug from Up, "SQUIRREL!"

You can have your dogs and your cats and your fish or whatever: Reddit user xX_CorpusDei_Xx will keep his squirrel, Eleanor.

In a post at the top of r/videos Saturday afternoon, he explains that he raised young Eleanor from when she was a baby, and she now insists on living on his deck. She’s an energetic little thing who seems to really enjoy playing with her human’s hand and arm. We figure that’s at least slightly more convenient than this man’s current arrangement, having imprinted as the mother figure for 13 baby ducklings.

For his next trick, can he teach her to drink out of a tiny coffee mug? If so, she could probably give those hamsters a run for their money.