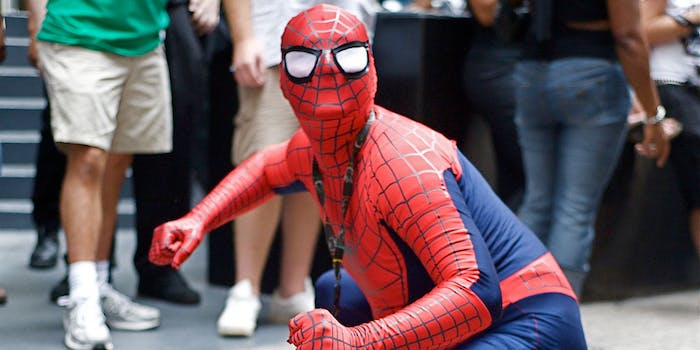 There's no way this feels good.

According to Marvel lore, Peter Parker took on a spider’s abilities when bitten by a radioactive arachnid. And in the video below, a Spider-Man performer gets totally bitten by the floor and knocks himself out.

It starts out optimistically: The costumed gymnast executes a few impressive aerials without missing a beat. Here’s his most spider-like maneuver:

And here’s the moment where a crowd of Argentinian children celebrating a birthday learn that their heroes are fallible:

It takes several moments, but our Spider-Man appears to be moving and unharmed by the end of the video. We certainly hope he later got himself checked out by a doctor, but no bandage is enough to restore a child’s magic faith in superheroes after seeing an undeniable giant lose a fight with the floor.