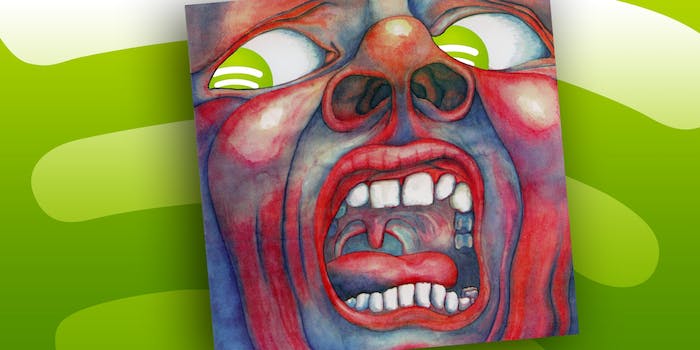 Celebrating ‘Sleepify,’ the album Spotify doesn’t want you to hear

We need to embrace the spirit of Sleepify, a silent act of rebellion.

In March, Vulfpeck released a completely silent album through Spotify called Sleepify. The idea was brilliant in its simplicity: By encouraging fans to play the album on repeat overnight, the German band would earn streaming royalties that would help fund a U.S. tour.

Essentially, Vulfpeck turned its fanbase into a network of Chinese gold farmers. It was almost like a reverse DDoS attack: Instead of clogging servers and shutting down the site, Vulpeck used album-plays to extract pennies! The band found a glitch in the matrix, exploited it, and in doing so, ignited an important conversation about what the value of music in the digital age.

At first, Spotify embraced the ingenuity of Sleepify, likening it to a John Cage experiment. Late last month, however, the company pulled the album from the service, apparently over a vague terms-of-service violation. (Vulpeck responded with a three-track “Official Statement,” streaming on Spotify, that contained a 30-second track for reflection, titled “#Reflect.”)

When I asked Vulfpeck about it, the band sarcastically responded: “We violated section 4.b: No artist should accrue a significant amount of money using our service.”  (Without seeing the actual contract TuneCore has with Spotify, there’s no way of knowing what “terms and conditions” the band violated, but I find it very hard to believe Spotify had a clause for silent albums.)

The whole dizzying episode begs the question: In 2014, how are smaller artists supposed to make money or get their music heard without viral stunts like this?

When I hear people complaining about Spotify, what I really hear them complain about is the death of the old music industry (which everyone claimed to have hated anyways). In today’s music industry, anything goes, and the musicians who want to continue making art full-time are the ones adapting their approach to cut through a culture of disposability and white noise.

It’s less about the art, regrettably, and more about feeding the beast “content” and “assets.” A lot of older artists find themselves completely shut out of this rapidly evolving music industry that revolves around blogs, social media, YouTube views, and Adsense pop-ups. In today’s music economy, Vulfpeck’s fundraising stunt does more to promote its music then a tour and a Pitchfork writeup ever could.

But that virality is a double-edged sword. When something mildly exciting in music happens, it becomes the story of the minute.  A day on the Internet is like a week, a week is like a year, and today’s viral sensation is the butt end of tomorrow’s joke. The same blogs that built up Kreayshawn’s “Gucci Gucci” were the same ones that pronounced her album DOA a year later.

The music industry is broken. Sure, you can point to the occasional Internet success story (Amanda Palmer, Radiohead, Macklemore), but those are still the exception. It’s probably never been harder to be a living in the industry then it is now. In an era where anyone can get anything without paying, buying an artist’s music becomes almost a political act.

I’ve been a full-time independent artist since 2009, when I noticed the traditional distributor/label/artist model was breaking down. I’ve been able to maintain a stable working-class income—and Spotify is a part of that, albeit a very small one.

Looking at my digital royalty statements, I receive about $100 a month from Spotify. That’s not much, but it covers my phone bill, and I don’t get a check from YouTube, Soundcloud, or other streaming services that people listen to my music on. I have never encouraged my listeners to go Spotify to listen to my music. Hell, they can listen to my entire catalogue for free on Bandcamp and I won’t see a penny from it!  So while it’s shortsighted—and I might be better off with fans throwing bread on my lawn—to get any money at all for something I’m not even thinking about is a win for me.

Spotify claims to pay out 70 percent of its revenue to “rights holders” based on popularity, and that certainly raises questions about how that portion is being divided between independent artists and major-label ones. But here’s the bottom line: If artists or labels don’t believe in this platform, they should pull their music from streaming sites and explain to their fans why, because we need more critical discourse on this subject.

Sole is a rapper, activist, and cofounder of the influential record label, Anticon. His new album with DJ Pain 1, Death Drive, is available now for preorder.