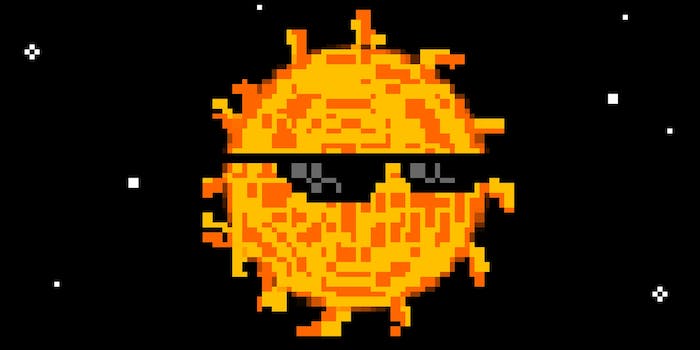 Morning GIF: What the heck is going on with the sun?

If you find yourself on your roof this afternoon, angrily adjusting on your satellite dish to get your television signal back, you are not alone.

If you find yourself on your roof this afternoon, angrily adjusting your satellite dish to get your television signal back, you are not alone.

Over the past three days, the sun has unleashed four gigantic solar flares so large that they “might cause geomagnetic storms on earth affecting satellites and communications systems,” RT.com reported.

A solar flare is a “tremendous explosion on the sun that happens when energy stored in ‘twisted’ magnetic fields (usually above sunspots) is suddenly released,” according to the European Space Agency. Each of the flares was 10 times the size of earth. NASA’s Solar Dynamics Observatory captured the following image of one of them. 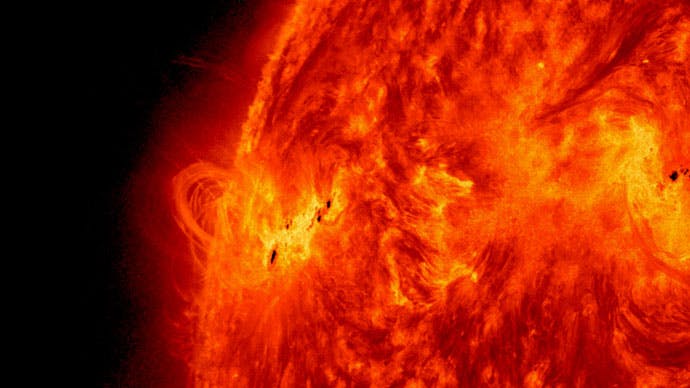 “Scientists have dubbed the active region of the sun that is creating these solar flares AR 11748,” the Los Angeles Times reported. “They still don’t know much about this region or exactly why it is so active because it has just started to rotate into view from earth.”

There is a 50 percent chance of more solar flares of this size occurring over the next 24 hours. And if they do happen to interfere with earth’s magnetic field, there’s nothing we can do about it.