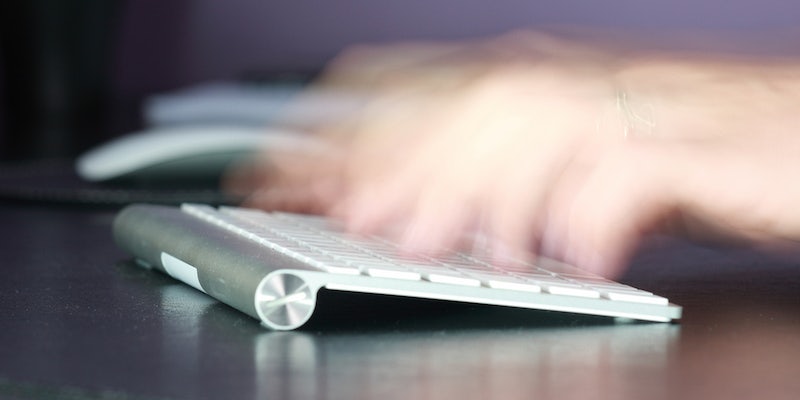 They're at their keyboards and they're ready to rumble.

Looking back on 2014’s headlines, some are calling it the “year of outrage.” Much of that outrage rode on gut reactions to undeniably awful stories of violence abroad and at home, from Russia to Ferguson, Mo. But other stories, often ones that gain traction online first, have run the constant risk of being scoffed at in the face of the former. Institutions upholding discrimination, your favorite celebrities saying things you’d barely accept from your grandpa on Thanksgiving, and jokes that just aren’t funny (remember this one?). The list goes on. That outrage starts petitions, extensive conversations on Twitter and Tumblr, and, yes, gets clicks.

There’s a generational divide baked in there, especially within the queer community. In the online battle over the “T word” this year, the term “Social Justice Warrior” took center stage. The issue flared after a segment on RuPaul’s Drag Race called “Female or Shemale?” stoked tensions around RuPaul’s use of the slur and themes that trans advocates decried as unhelpful, with a heavy history of transphobia. Older LGBT warriors who asked “does this really meet the bar of other injustices?” butted heads with younger, quick-to-tweet activists who see injustice and jump on it, sometimes without a filter.

The thing that stood out, amidst all the back-and-forth, is that outrage doesn’t have to pass that perceived egregiousness filter to be powerful. And not everyone has to be on board. The conversations that happen when even our allies get called out online build communities whose existence is a sign that the LGBT movement is winning.

Social Justice Warriors—I’m talking progressive folks here, this term’s used within multiple movements—are accused of being oversensitive and overeducated, which isn’t quite right. Tumblr users in particular, with enough characters to write a novella, are actively educating each other on super-active queer corners of the platform—I definitely have learned more about social issues from Tumblr than I ever took away from college courses. Users hold each other accountable, intersectionally—it’s not rare to see a lesbian blog take on racial justice in one post and dating advice in another. They celebrate each other often. And they defend each other in a way that almost no other platform can do by policing trolls when they infiltrate the bubble.

It is, after all, a bubble. I couldn’t talk to my grandpa about “intersectionality” without raising an eyebrow and the tone can be decidedly not straight-inclusive. Tumblr can be very bizarre and intense. But for young queer people who are isolated otherwise, what a world it is. It’s a world that doesn’t—and for some, can’t—exist in offline life.

No, not everyone has to be onboard with this particular facet of our community, but it’s so much more powerful if we at least acknowledge each other. Where I work at All Out, we’ve organized events via social media, and there’s no denying a single, accessible tweet’s impact on turnout. The results are inspiring.

The mechanics of sharing themselves, paired with passionate people, create real impact. The LGBT community is one of the most active of the organized, as we’ve been told forever to be a little quieter and to take up less space. So with so few places to speak, especially outside the U.S., there is no better place to do so than a living room or a coffee shop, bolstered by platforms that are built to spread a message fast and loud.

It’s no surprise, then, that the LGBT rights movement is progressing with such ferocity. In 2014 alone we saw the majority of U.S. states gain marriage equality, a transgender woman on the cover of Time, and high-profile sports players come out. Social media is by design meant to amplify an issue to the top of the headlines and not just start a rumor, but shape the news—and a gay 16 year old from a small town can take the form of a reporter if they hit a viral jackpot.

Scary? I don’t think so. They’ve sought out an Internet education, and they’re getting it. Like anyone typing behind a screen, they’re held accountable and face plenty of criticism.

But we’re winning when young people have the Internet’s arsenal at the ready. We’re winning when online discourse translates into offline action. We’re winning when seemingly “niche” groups reflect a new generation of LGBT people who defend their own survival, and others. On the spectrum of activism, Social Justice Warriors belong, to push our community on what’s acceptable and to carve out unique spaces for those that otherwise wouldn’t have a place to call their own.