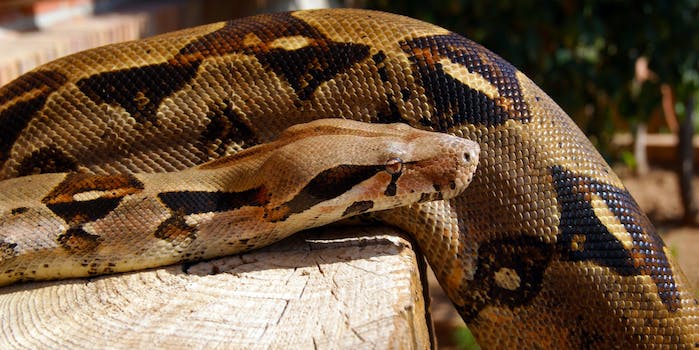 Snake regurgitating entire antelope will make you lose your appetite

Turns out there's a good reason.

Even in the animal kingdom, some meals just don’t sit well.

In a video from Insider, we’re treated to one of Mother Nature’s most gruesomely interesting phenomenons: snake regurgitation. And it’s not just a small bite that this serpent is throwing up. The huge python is purging a whole antelope.

It can take a while for snakes to fully digest their food, and during this state they’re weak and susceptible to attack. So as a way to keep themselves safe, sometimes they’ll regurgitate their tasty meal.

If you’re squeamish, you might not want to view the video, but if you’ve made it this far, you might as well.

Oof. Don’t think we’ll be eating any time soon after watching that.