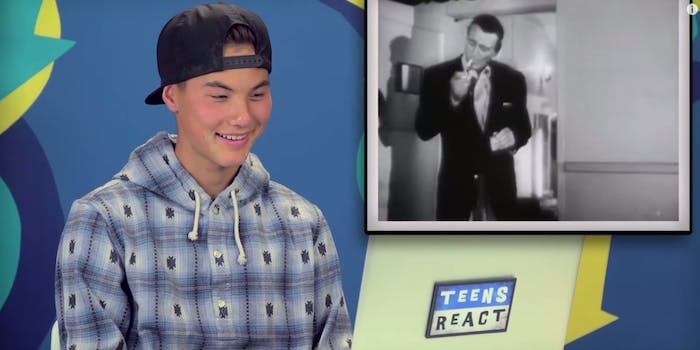 Smoking ads are outrageous. But is vaping really any better?

Tobacco commercials have been illegal in the U.S. since 1971, so it’s interesting to see how today’s teenager’s respond to cigarette advertising.

Vintage commercials are hilariously on-the-nose compared to modern advertising, but they become a lot less funny when you realize their lethal effect.

The Fine Brothers showed some cigarette ads to the teen pundits of the “Teens React” YouTube series, and they discovered that modern high schoolers are way more wholesome than you might expect. While most of these kids have seen people vaping at school or at parties, hardly any of them have actually smoked a real cigarette. That advertising ban worked pretty well.