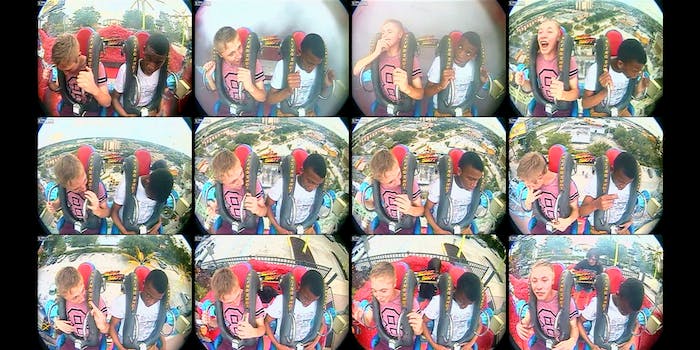 Maybe stick to the merry-go-round next time.

There’s no telling how you will react on an exciting amusement ride. Most of us will scream. Some people may orgasm. And then some of us will faint—multiple times.

A Sept. 30 Liveleak video shows two young boys riding the Slingshot, an attraction that launches riders high into the air from a standing start, at the Magical Midway in Orlando, Fla. While one of the boys is obviously having the time of his life, the ride proves too much for his friend, who immediately passes out.

Then he comes to… just long enough to see that he is still aboard this nightmare, before promptly passing out again.

In total, the kid fainted three times before the ride was over. Suffice it to say, he may not be riding anything more thrilling than a merry-go-round for years to come.