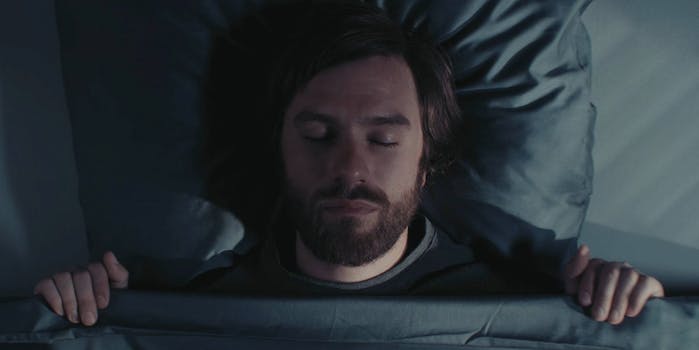 Hell hath no fury like a roommate or partner who’s been woken up by your incessant sleep talking.

Of the estimated five percent of adults who talk in their sleep, a condition called somniloquy, filmmaker Adam Rosenberg is one of them.

But instead of just warning people of his chatterboxing before signing a lease or crashing at a friend’s place, Rosenberg went a step further and created an entire short film based upon his nightly babbling.

For the Vimeo short The Somniloquist, Rosenberg recorded himself talking in his sleep nearly every night for a year.

Sleep talking is thought to occur while the person is dreaming, but the cause of the jabber hasn’t been completely determined. Though the talking is typically pretty harmless, it could be a sign of a more series sleep disorder in some cases.

In Rosenberg’s case, however, his midnight musing are absolutely hilarious.

As someone who suffers (or more so makes others suffer) from sleep talking myself, I too have gone through the weird, “Hey, do you remember saying last night…,” confrontations from siblings and roommates alike. Without going to Rosenberg’s lengths, however, I can only hope my own unconscious ramblings aren’t nearly as confusing and offensive.