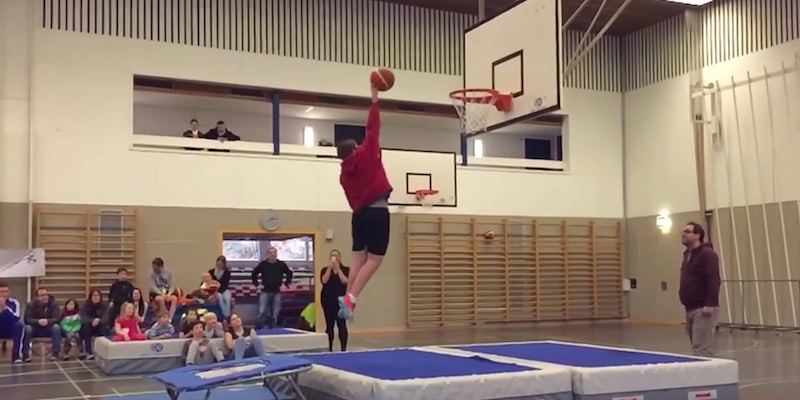 'I believe I can fly'

Now that football season is officially over, it’s time to turn our full attention to basketball. And there’s no better way to get hyped for basketball than this three-minute, unintentional blooper reel of some kids’ “slam dunk contest” that went hilariously wrong. That it’s set to R. Kelly’s Space Jam ode “I Believe I Can Fly” and captured in agonizing slow-motion video makes it all the more entertaining.

I respect the dude who wanted to pay homage to Dee Brown’s iconic no-look dunk, but he probably should’ve focused more on hitting the trampoline harder.

Some stereotypes have unmistakable kernels of truth: These white kids can’t jump. Not even with trampolines.