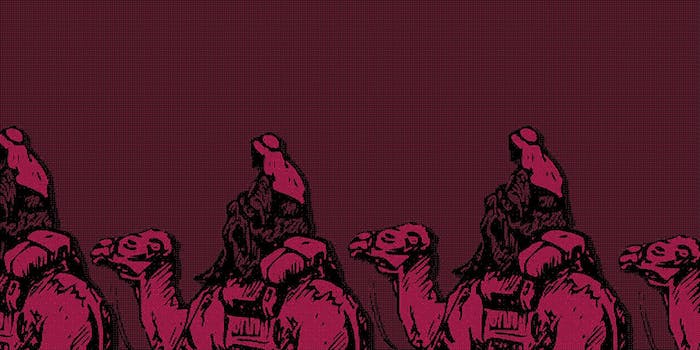 It's been over a year since the initial arrest.

The long-awaited trial of Ross Ulbricht, the man accused of being the most notorious drug lord of the 21st century, begins today in a federal courthouse in downtown Manhattan.

Prosecutors say that Ulbricht, arrested in October 2013 by a swarm of FBI agents in a San Francisco library, was Dread Pirate Roberts, the pseudonymous mastermind behind the billion dollar Silk Road anonymous black market. Ulbricht has denied any involvement in the now-world-famous drug bazaar.

Ulbricht faces charges of drug trafficking, distribution of drugs over the Internet, computer hacking, money laundering, and fraud. After the case in New York is over, charges of murder-for-hire and attempted witness murder await Ulbricht in Maryland. He faces a potential sentence of life in prison.

Silk Road allowed anyone to connect anonymously through the Tor anonymity network and order a pharmacy’s worth of drugs right to their home. From its quiet beginnings in 2011, the market rose to become a household name as it operated with seeming immunity from worldwide authorities.

Multiple federal investigations into the website began in 2011 after a report in Gawker led Senator Chuck Schumer (D-N.Y.) to call Silk Road “the most brazen attempt to peddle drugs online that we have ever seen.”

To Roberts and many of his followers, the Silk Road wasn’t just a highly profitable drug operation. It was a political revolution.

“What we’re doing isn’t about scoring drugs or ‘sticking it to the man,’” he told Forbes in a famous August 2013 interview. “It’s about standing up for our rights as human beings and refusing to submit when we’ve done no wrong.”

When the market was shuttered just months later, the FBI quickly took to that same publication to deliver its own message: “This is supposed to be some invisible black market bazaar. We made it visible. When you interviewed [Ulbricht], he said he would never be arrested. But no one is beyond the reach of the FBI. We will find you.”

The message did not have the intended result. While Silk Road 2, the bumbling would-be successor to Dread Pirate Roberts’ operation, was closed by federal agents in 2014, there are more anonymous black markets in operation today than ever before. The Dark Net is more popular and profitable than at any point in history. The FBI has its work cut out for it.

The prosecution’s evidence against Ulbricht leaked last month. The list sheds light on the government’s broad trial strategy. It will attempt to paint Ulbricht as responsible for every single deal that took place on Silk Road.

While both the defense and the judge have expressed reservations about the breadth of the prosecution’s attack, the government will be allowed to move forward with the trial. A jury will have to decide Ulbricht’s fate.