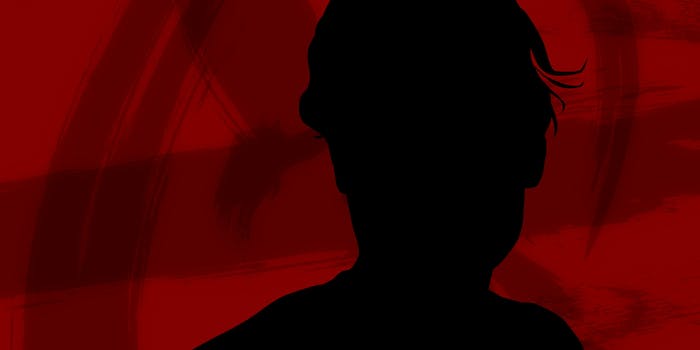 The mystery of the disappearing Silk Road murder charges

The FBI said Ross Ulbrict tried to kill his enemies—so why wasn’t he charged?

Drugs, hacking, money laundering, and above all else, murder.

The bust of the Silk Road was headline news around the world instantly thanks to these salacious details. But the Federal Bureau of Investigation’s (FBI) claims that alleged Silk Road kingpin Ross Ulbricht carried out six shocking murder-for-hire plots against staff, vendors, and innocent bystanders—not to mention a brutal torture allegation—seemed to seal his fate in the eyes of the public. When most of the world first met Ross Ulbricht, the word murder was printed in big black letters right next to his face.

So, where are those murder charges now?

To date, there have been precisely zero murder charges filed. Instead, the indictment has been changed without explanation, the formal charges omitted, and the broader accusations buried within a lesser drug trafficking charge.

Of the six murder indictments trumpeted by the U.S. government in the days following Ulbricht’s Oct. 2013 arrest, five have fallen off the table and the sixth sits untouched in a separate indictment (legalese for an unproven allegation) that was purposefully left out of the upcoming trial.

Prosecutor Serrin Turner used the murder-for-hire allegations to get the judge to deny bail. Now, Turner isn’t even going to charge Ulbricht with the murders.

Why have six of the most important accusations been left as yet uncharged?

“Maybe you don’t have that proof,” criminal defense attorney Jay Leiderman told the Daily Dot. “Maybe the proof isn’t as good as you thought it was.”

There are a couple of other possibilities that deserve mention. First, there may be informants out there that the prosecution doesn’t want to expose, that they want to use for other cases, so they’re willing to leave half a dozen murders uncharged in order to protect him. Second, they may have determined that a relevant informant is unreliable and can’t be used in trial.

Either way, the murder accusations are buried and uncharged.

For over two years, from Silk Road’s 2011 creation until the spectacle of Ulbricht’s 2013 arrest, a founder who went by the name Dread Pirate Roberts was seen by many as a revered political activist. He wrote grandiose essays against the war on drugs and prohibition, he talked about Silk Road’s positive impact on humanity, and regularly described the market as “founded on libertarian principles.”

Given the waning popularity of America’s war on drugs, it was no surprise to see wide support for Silk Road’s efforts: A less violent, anonymous way to buy drugs without going to the street corner appealed to many thousands of people.

Then came the multiple murder accusations, minutely detailed and narrated in the initial indictments but apparently lacking in the sort of substance required to formally charge Ulbricht.

Nevertheless, the court of public opinion swung fast and hard. The detailed stories of murder and torture in the indictment set the stage dark, long before any trial began—nevermind a verdict being delivered. Even Silk Road users recoiled at the stories of death and violence. The accusations were hard to reconcile with the ideal-driven leader so many had come to respect.

“Good luck reconciling torture and assassination with making a ‘positive impact on humanity,’” one commenter wrote on the day the second murder-for-hire accusations were made public.

“He clearly never actually believed in those things,” another person replied, in regards to Dread Pirate Roberts’ political writings. “I would bet that he is a sociopath that has become very adept at concealing his true nature to other people.”

Dread Pirate Roberts once wrote prolifically about non-violence, even saying “#SilkRoad while under my watch will never harm a soul. If we did, then we are no better than the thugs on the street.” Now, he was as bad as any violent drug dealer in the eyes of the public.

“The case comes in, it’s a big splash, it’s all over the news,” Leiderman explained. “Almost a year later, these big mean offensive counts get dropped, it’s not a front page story anymore. It’s somewhere in the recesses of the paper. It’s just not a big deal. At that point people already associate the case with murder-for-hire. No prosecutor would ever say that’s what they’re doing, but as a long term criminal defense attorney, this happens all the time.”

“Public perception matters for fundraising,” Lyn told the Daily Dot. “That’s been a struggle. His father and I both want the best defense possible for him.”

Despite not formally charging Ulbricht with murder, the prosecution has relegated the accusations to “overt acts” in a narcotics trafficking charge. That means that, without having to actually prove the accusations to the jury, as they would a formal criminal charge, federal prosecutors will use the uncharged murder allegations as evidence of Ulbricht’s character and motivations in order to further other charges.

“The use of violence and threatened violence to protect one’s drug empire are relevant to proving the intentional operation of a narcotics conspiracy, and such conduct may be alleged as overt acts in furtherance of such a charge,” the prosecution asserted in a letter between Ulbricht’s defense team and the court.

There’s an old aphorism that says a good prosecutor can persuade a grand jury to indict a ham sandwich. That’s because the burden of proof is extremely low, gives the accused no protection or recourse, and can be a separate matter from the actual charges filed for a trial.

“An indictment over a year old?” Lyn Ulbricht said. “That’s a stale sandwich.”

When it comes to major criminal prosecutions, multiple indictments—Ross Ulbricht has faced indictments in three jurisdictions over the course of this saga—are often issued to exert pressure on the defendant.

“The whole point of having extra indictments is to put extra pressure on,” Leiderman explained, “and bring you to the table to force a resolution.”

While five of the murder indictments have been excluded from the charges in New York, where Ulbricht is scheduled to stand trial in January, the sixth remains in a Maryland indictment against Ulbricht, a document that hasn’t been touched for over a year. And there’s no reason for prosecutors to change the Maryland indictment at this point because it’s a useful tool.

“That’s typically the purpose of these things,” Leiderman told me.

“This is the government accusing a citizen of a very serious crime,” Lyn Ulbricht asserted. “Is this a trial tactic?”

It often is a tactic. In another high-profile case, for example, Hector Xavier Monsegur, an Anonymous hacktivist known as Sabu, faced nine separate indictments. Looking at a massive battle, he flipped quickly and served as an invaluable informant for the FBI.

There are several possibilities for what could happen next with the murder accusations against Ross Ulbricht. First, he could win his trial in New York and then be tried again in Maryland, if the charges and relevant proof are different than what the prosecution used in New York. A so-called “global disposition”could wrap up both Maryland and New York charges that result in Ulbricht heading to prison and both cases finishing up. He could also plead in New York in order to get Maryland dismissed.

At this point, there’s no telling how USA v. Ulbricht will land. The prosecution may want to try the case come hell or high water and Ulbricht may be dead set on saying he’s completely innocent and avoiding a plea deal.

On the other hand, Ulbricht lawyer Joshua Dratel may be doing an effective job of showing the prosecution that they don’t have the strongest case in the world. After all, he’s already got much of the tech world (if not the court) convinced that the FBI is lying about how it carried out its investigation.

Getting the murder indictments dropped altogether may be the first step towards new and more reasonable offers from the other side of the courtroom.

All the while, most of the public still associates the Silk Road trial with drugs and murder, even as the prosecution declines to bring charges on Ulbricht’s most heinous alleged acts.