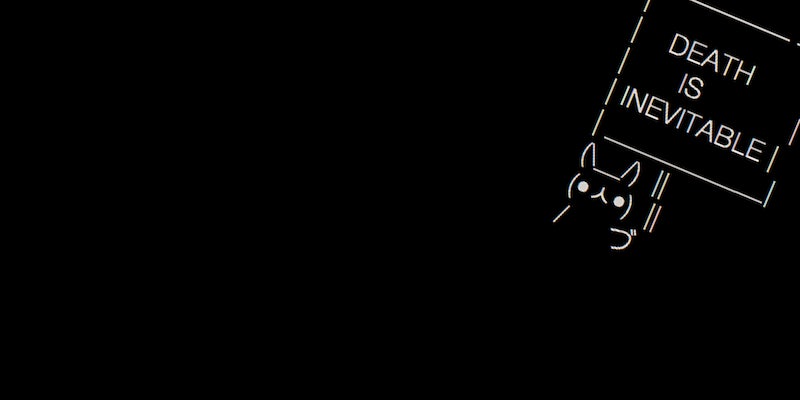 There have been several twists and turns in the evolution of Twitter as it grew from elite gathering place for journalists and early adopters to open forum for the masses. One of the latest chapters in this saga has been the appropriation of inside-joke Twitter memes, once confined to a small core of bloggers, by unending hordes of regular people.

Today saw the reemergence of a meme that we’re calling the “Sign Bunny.” If you’ve never seen this meme, here’s an example:

The origins of the Sign Bunny are unclear. A Topsy search was inconclusive; various non-English-language iterations of the sign and the bunny date back several years. Know Your Meme spotted what may be the first modern occurrence, in Aug. 2013.

In 2014, the meme was used among journalists on Twitter as a sarcastic “GREAT UNBIASED REPORTING” sign. One source guessed it started with Twitter-famous subtweeting cat @SubtweetCat, but the cat vehemently denied this to the Daily Dot.

In any event, for a long time, the Sign Bunny, like many other memes, enjoyed brief bouts of popularity before once again submerging beneath the ever-churning waves of Twitter’s “hot new thing.”

Today, however, was different. Today was the day that the Sign Bunny escaped its cage.

It started with this tweet from Tumblr’s Amber Gordon to the Daily Dot’s Cooper Fleishman:

Gordon then tweeted this public Sign Bunny to her followers:

As they birthed new Sign Bunnies and stuffed them with funny jokes, these Twitter users likely didn’t realize the dangers of the Sign Bunny breaking out of its containment. Before long, however, the Sign Bunny metastasized from Media Twitter to the general public.

Oddly, if you scroll down to find pre-media-circlejerk Sign Bunnies, it was all One Direction fandom.

Media Twitter quickly took notice of what it had wrought.

Some even mocked the spread of the meme in the context of Twitter’s supposed journalistic merits.

As usual, Darth was on top of his game:

Meanwhile, back in Normalville…

The community that had helped the Sign Bunny spread almost immediately soured on the concept.

As the dust began to settle, Gordon expressed her regret. When asked for comment, she told the Daily Dot, “I’m sorry.”

If nothing else, the explosion of Sign Bunny was good for this writer’s follower count.

Update: We’re calling the Sign Bunny’s time of death at 4:54pm ET, when the New York GOP tweeted this. (As we all know, the Doge meme died when the Republican Party took it over.)

Look at what you people did. I hope you’re happy with yourselves. pic.twitter.com/hzgwCtqFBM