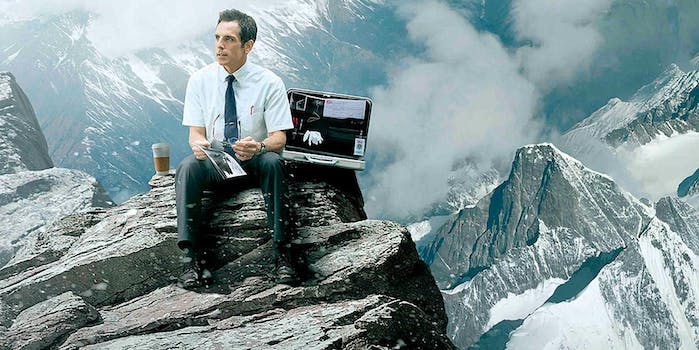 Some of these are a little too on the nose.

Since the Internet is currently being bombarded with Oscars coverage, now is a good time to remember that most of these award-winning actors will go on to make wildly terrible movies.

The @Shit_Pitches Twitter account is a perfect parody of Hollywood’s love for awful movie pitches. And we’re not talking Transformers-style bad, here. We’re talking about the kind of disasters that happen when a studio inexplicably greenlights the idea that Whoopi Goldberg should star in a buddy-cop movie alongside a guy in a dinosaur costume.

@Shit_Pitches is delightfully surreal, but the format is just plausible enough that you can imagine some of these actually happening. For example, this quirky Ben Stiller movie pitch is dangerously close to reality.

And this Tom Cruise movie? Surely a legit pitch from the mid 1990s.

In a similar vein, we also recommend the bot account @nerdgarbagebot, which uses a selection of geek culture formulas to create horrible yet depressingly believable book and movie ideas.

It's a socialist take on Terminator.

This short story collection is like if 1984 was solarpunk.