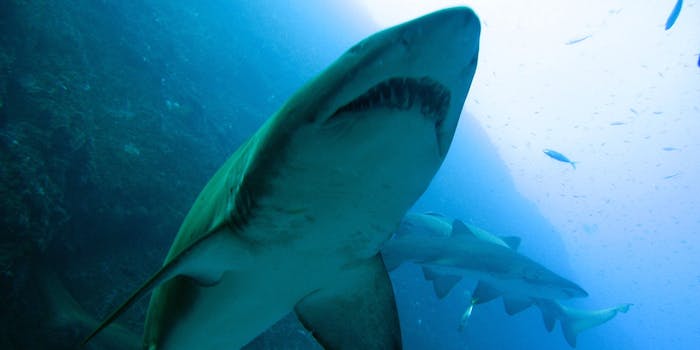 This is what running into 100 hungry sharks looks like.

Turns out that a shark feeding frenzy is mechanical, efficient, and involves beached animals chomping into sand for food.

“Look at all that, dude,” a cameraman says to his buddy. “Dude, look at that.”

His bro was maybe two feet from a shark slithering across the coast like a sidewinder—gearing his way like a leg-sweeping ninja.

User Brian Recker uploaded the rare feeding frenzy that took place Oct. 8 in Cape Lookout, N.C. He claims to have seen more than 100 sharks attacking a school of blue fish. The cameraman is supposedly fishing enthusiast Donnie Griggs, and Recker emphasizes that these Outer Banks beaches are “extremely safe” for swimming in the video’s description.

Photo via Richard Ling/Flickr (CC BY 2.0)