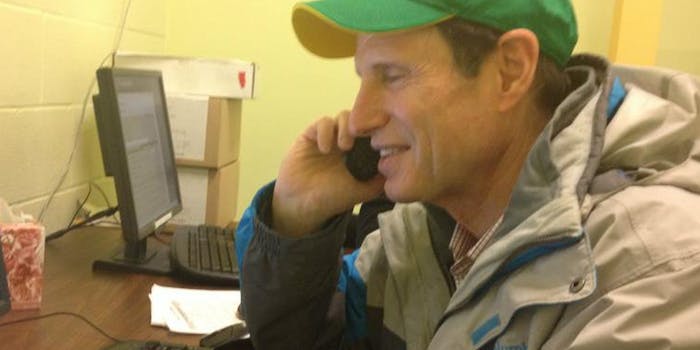 In response to a hugely popular petition in favor of cell phone unlocking, the Oregon senator will try to legalize it.

After America spoke up and declared that it was ridiculous that citizens are technically breaking copyright law by unlocking their own cell phones, the White House offered a number of possible solutions.

The FCC could launch an investigation, for example, or the President could “encourage mobile providers to consider what steps they as businesses can take.”

Or, you know, the Internet’s favorite senator could just write a short bill to fix it.

Called the Wireless Device Independence Act of 2013, it gets straight to the point. It would change the wording of a very specific part of the U.S. copyright code. Specifically, in listing exemptions to who would be punished for circumventing technological measures, the law would now include

“a user of a computer program […] that enables a wireless telephone handset, or other wireless device that can connect to the Internet, originally acquired from the operator of a wireless telecommunications network or retailer.”

As the Electronic Frontier Foundation notes, the law that enabled phone unlocking to be illegal in the first place, the oft-derided Digital Millenium Copyright Act (DMCA), won’t get much better by simply overturning the ban on cell phone unlocking.

The ban happened in the first place because the Librarian of Congress has chosen to interpret the DMCA as forbidding the unlocking of phones, and the EFF takes the position that “[T]he more important problem is that the DMCA puts an unelected official in charge of regulating personal devices in the first place.”

Still, fixing the ban would be a relief to a number of Americans, considering more than 114,000 signed a petition against it in 30 days. At least one other Senator, Amy Klobuchar (D-Minn.), has pledged to fix the issue.

“More and more Americans are using smart phones and tablets as their primary access point to the Internet,” Wyden said in a statement about his new bill. “It is time for Congress to ensure that choice and competition are central to the wireless Internet sector of the economy.”