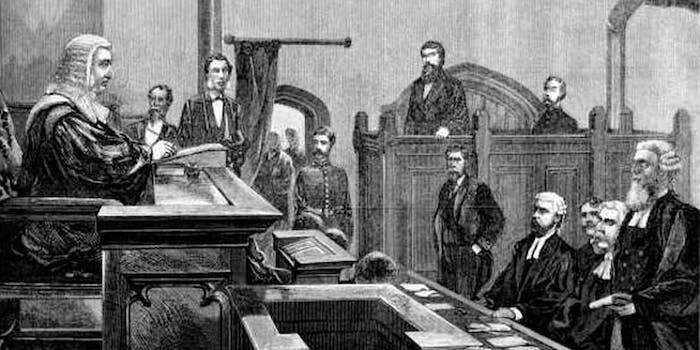 One man's first ever selfie resulted in the police searching his home and a hefty fine.

In recent weeks, people taking selfies have broken statues in Milan and smashed social media records. And now, one has brought about a conviction.

Daniel Thomas, an apprentice from Wales, was in court sitting in the public gallery waiting for some friends to be sentenced when he decided to take his first ever selfie. Posing with the judge in the background of the photo, Thomas snapped the pic to commemorate his first time in court that he wasn’t being accused of a crime.

However, Thomas’ joy was short-lived, as his selfie antics were spotted. After police explained to him that in-court photography was against the law, they searched his home, seizing the phone in the process. Thomas, 28, pled guilty to taking a photograph in a criminal proceeding with the judge. During sentencing, the magistrate took pity on the virgin selfie-taker and left Thomas lucky in that he was only fined £400 and not the maximum of £2,000.

Whether this will cause specific guidance to be issues on the matter of taking selfies in court is unclear. But, for now, it’s clearly unwelcome in the Welsh legal system. They probably prefer Snapchat anyway.