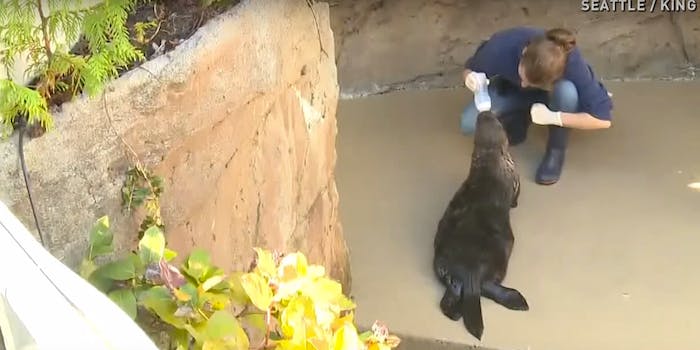 Thanks to the inhaler, she's free to swim around with her friends.

A sea otter in Seattle is getting a little help from modern science after being diagnosed with a human illness.

How do you treat it? With an inhaler, just like humans use. Mishka, with some assistance from her human trainers, has learned to take deep breaths into an inhaler with an attached mouthpiece specifically designed for sea otters.

While she’ll likely need the inhaler for the rest of her life, she’s now able to swim and explore just like any other sea otter thanks to it.