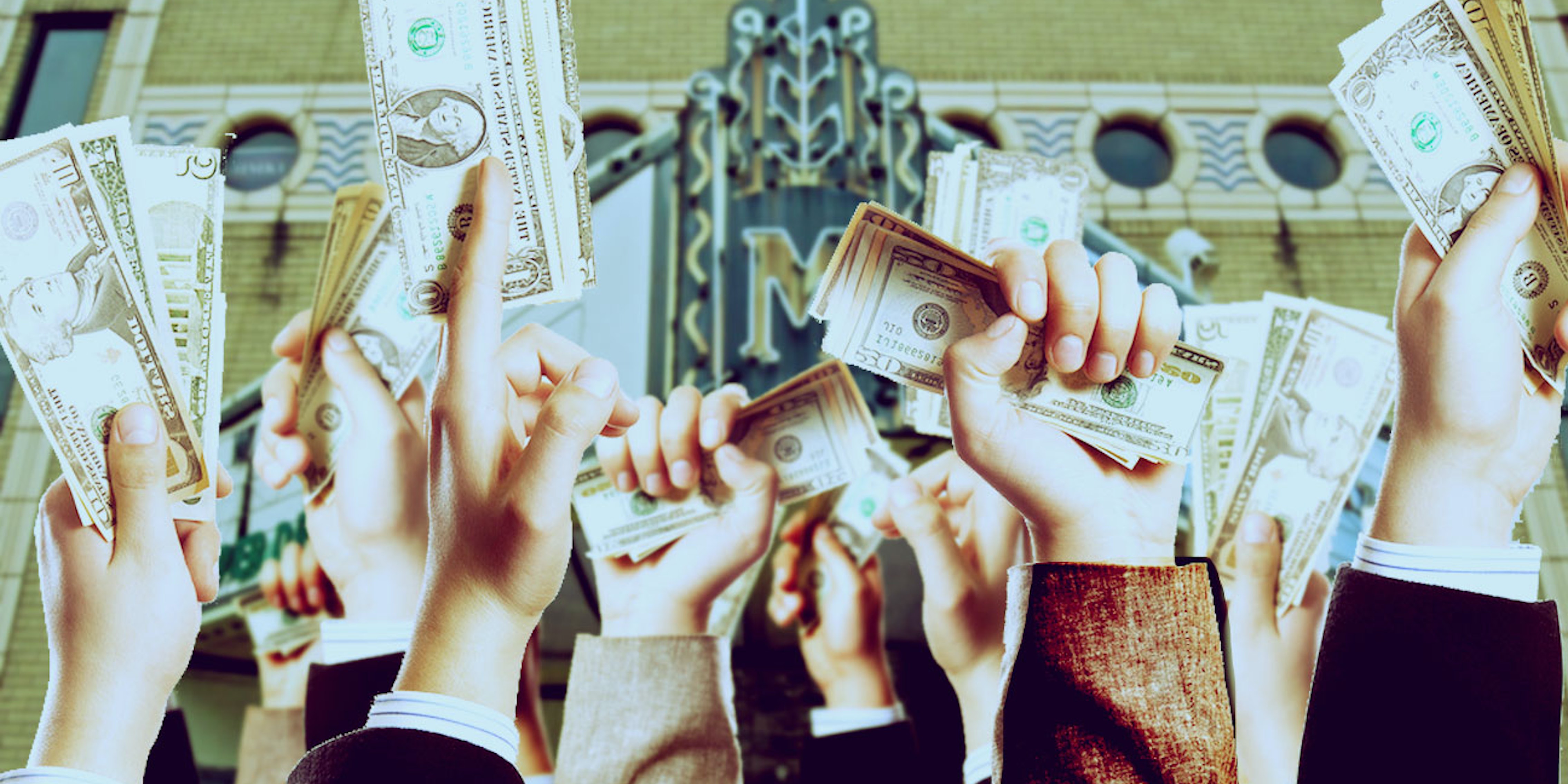 Is the Veronica Mars kickstarter campaign the beginning of the future of studio production?

So let me get this straight: Veronica Mars fans carry 100% of the financial risk, own 0% of the property, have no creative oversight whatsoever, and have 0% participation if the film is profitable? Sign me up!

Now, don’t mistake the sentiment here. It is really neat that the fans came together to get the movie they always wanted green lit, and I’m sure Joss Whedon is smacking his head about all the hoops he jumped through to get his FireFly movie made for all his hardcore fans. But what’s being set up here as a new model for film financing is borderline crazy.

There’s an old term in Hollywood: “Dumb money.” It’s the kind of money that producers drool over. Dumb money comes from rich people from outside Hollywood who don’t understand how to make movies—real estate moguls, oil tycoons, guys who won’t miss $80 million for a year or more while the movie spends it. These guys happily fork over a pile of cash and say, “Hey, call me for the wrap party!” They rarely give creative notes, and all they really want is their money back, to meet some celebrities, and whatever profit can be squeezed out of the movie at the end of the day.

Crowdsourcing the entire budget of a multi-million dollar film to fans who don’t expect a payback takes the idea of dumb money to a whole new level. Traditional dumb money at least wants the money back, and they’re almost always first in the lineup to recoup their investment. But this new Veronica Mars Kickstarter model is a film producer’s wildest fantasy come true:  Here’s an investor who never gets their money back and better yet, they don’t care. All they want to do is see the movie.

What’s more interesting are the future possibilities for other pre-existing source material projects. If the studios latch onto this as a trend and discover that they no longer need to go to the bank to secure a loan to get, say, a reboot of 2001’s The Tick off the ground, why wouldn’t they just head over to Kickstarter (or whatever alternative) and let the fanboys foot the bill? No interest, no pesky legal documents to fill out, and best of all, no investment or risk.

Since the more than 50,000 backers on Kickstarter who opened their wallets are still only a fraction of the 3 million or so viewers a show like Veronica Mars had, simple math tells you even at $10 a pop for a VOD or iTunes download, there are potentially multiple tens of millions of dollars to be made. In the case of Veronica Mars, donors who contribute less than $35 don’t even get a copy of the film, so we know they’ll be coming back as full price ticket holders on opening night. Nothing like knowing who your audience is, and in this case, really knowing them: email addresses, credit card numbers, history of purchases. The cross-marketing possibilities make the head spin.

There are other big winners here aside from the studio and show creators: Kickstarter, who takes a fee for hosting the campaign, and Amazon, who handles the payment processing. With fees that can easily total 10% of the total amount raised, they are already set to make well over a quarter of a million dollars in pure profit just from the Veronica Mars campaign alone. Sure, there’s some data wrangling to do and code monkeys to payroll to handle things on their end, but the potential is massive. Go-between third party hosts who can act as a conduit between rights holders of fanboy properties and the fan base who loves them are primed to sit back and rake in the easiest money of all, and Kickstarter and Amazon are already quietly sitting in the catbird seat, chowing down on the fat canary of your good intentions.

If this is the future, what’s to stop studios and networks from blackmailing us with our own TV desires? Say, for example, a new TV series is suddenly attracting a devoted and significant following—why wouldn’t the wealthy Hollywood folks who own it just pull the plug, and then ask you to step up and pay for it? Love this show? If you ever want to see it again, cough up $50 now.

And you thought the Nielsen system was flawed.