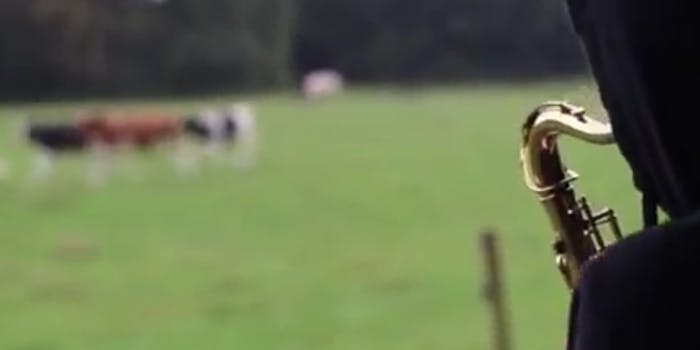 The Belgian “sax dance” trio Blow is known to perform in white masks and black hoodies, and their setup is pretty spare: two tenor saxes and a drum kit. Live, their sound is a bit jazz, a bit drum and bass. Like any band attempting to raise their profile, they tour a lot. Recently, they discovered a new fanbase.

In this video, one of the tenor saxophonists is practicing in front of an open field before going on stage at a festival. The sound slowly attracts a herd of bovine, who casually flick their tails to the beat, unsure of how to process his free-jazz explorations.

This isn’t the first time cows have revealed themselves as jazz fans. These French cows were into it years ago. They’re into the early stuff.