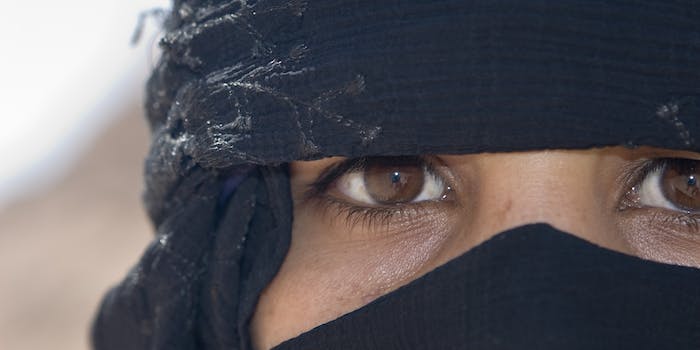 Another harsh sentence handed down for Saudi social media users.

Two women in the Saudi Arabian city of Jeddah were sentenced on Tuesday to 10 days in jail and 20 lashes for insulting each other using WhatsApp.

The case involving the two women, who are cousins, arose after one of the women sued the other for insulting her and her reputation, according to the Arabic-language news service Okaz (via Al Arabiya News). The court viewed the disparaging text messages as evidence before the judge issued a verdict, according to Arab News.

“The judge urged both women to reflect on their behavior,” Al Arabiya News reported, “and to consider their family ties as well as the holy month of Ramadan.”

The two women evidently refused to apologize and move on, so the judge handed down his ruling: 20 lashes and a week and a half in jail for each of them. He also “made them pledge not to harm one another verbally or physically.”

Saudi Arabian courts are notoriously strict enforcers of the country’s religious laws as they pertain to digital activity. On March 10, a Saudi court charged a man with “engaging in following, saving, and resending inciting tweets” and sentenced him to 10 years in prison and a fine equivalent to $26,600. The judge issued the ruling based on the kingdom’s then-new anti-terrorism laws and royal proclamations.

In early May, a judge at the same Jeddah court that heard the WhatsApp slander case severely punished the editor of a liberal Islamic discussion forum, fining him one million riyals (the equivalent of around $260,000) and sentencing him to 10 years in jail and a thousand lashes.

This was actually the second trial for the man, a blogger named Raif Badawi. Last year, he was sentenced to seven years in jail and 600 lashes, but that sentenced was overturned, leading to the retrial that ended up punishing him even more severely.

The WhatsApp case may not be over yet. Both parties are appealing the judge’s sentence.