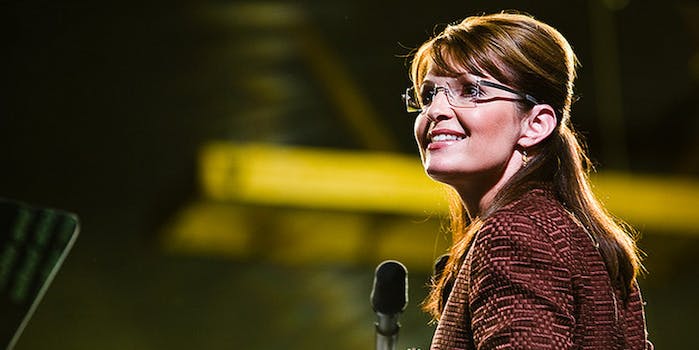 With President Barack Obama lifting restrictions on military strikes in Iraq and vowing to attack ISIS in Syria for the first time, Sarah Palin is advising he “go big or go home.”

“Big means bold, confident, wise assurance from a trustworthy Commander-in-Chief that it shall all be worth it,” the ex-governor, reality TV star, Fox News commentator, and failed vice presidential candidate wrote in a Facebook post. “Charge in, strike hard, get out. Win.”

Under that halftime-in-the-locker-room rhetoric, Palin’s position itself is a bit of a muddle: she takes Obama to task for failing to engage ISIS earlier (“he dithered and danced and golfed the time away while the Middle East exploded into chaos”) but mocks him for changing his mind, citing “the red line he’d set and then forgotten about.” George W. Bush and Ronald Reagan make appearances, as do memes from the 2008 election—remember “The One”?

Anyway, Obama, there’s your new foreign policy road map—if you can make any sense of it. Don’t forget, it’s your fault ISIS exists in the first place! And stop being “so inconsistent in leading a failed agenda.” We know that if you put your mind to it, you could fail all the time.