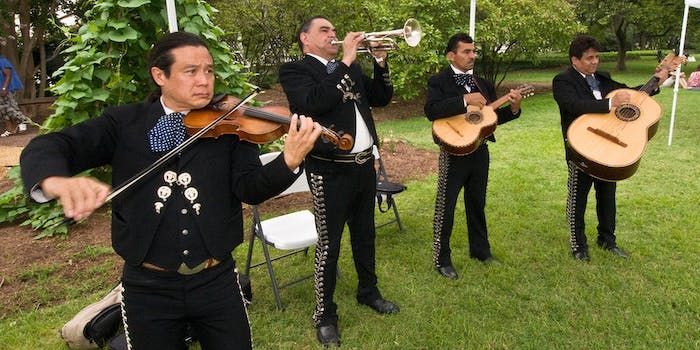 These high school seniors took their prank to mariachi-band levels

Senior pranks are even better when the administration plays along.

High school senior pranks tend to lean more on the cheesy side (if they don’t get you in trouble), but they’re always made better if administration gets in on the fun.

For their prank this year, the seniors at Santa Barbara High School hired a four-person mariachi band to follow principal John Becchio around for an hour. He probably could’ve stopped the prank before they played their first note, but instead he was a good sport about it and let the band play.

Barbara Keyani, the administrative services and communications coordinator for the Santa Barbara Unified School District, said that the prank “delighted students and staff” and uploaded the video herself.

The stakes have been raised for next year’s seniors. Maybe a Norwegian black metal band would do the trick? Just a suggestion.