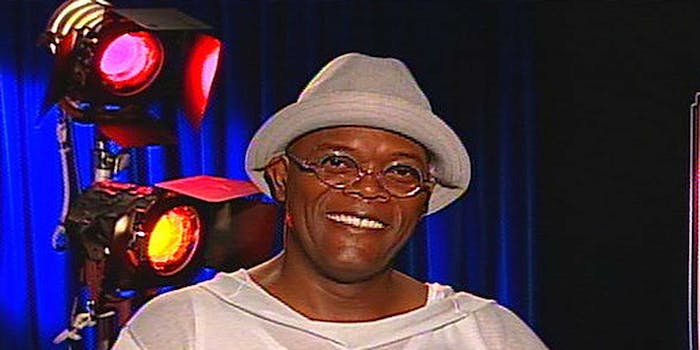 Samuel L. Jackson will speak 300 words of your choice, motherf**ker

For the first time since Snakes on a Plane, the Internet will have a say in what comes out of Samuel L. Jackson's mouth.

For the first time since Snakes on a Plane, the Internet will have a say in what comes out of Samuel L. Jackson’s mouth.

On May 29, the actor announced a unique contest on Reddit: “I’m Samuel L Jackson and I’ll record a video of me saying any 300-word monologue you upvote the most by the end of tomorrow (Thursday night PST),” Jackson posted in the r/movies forum. 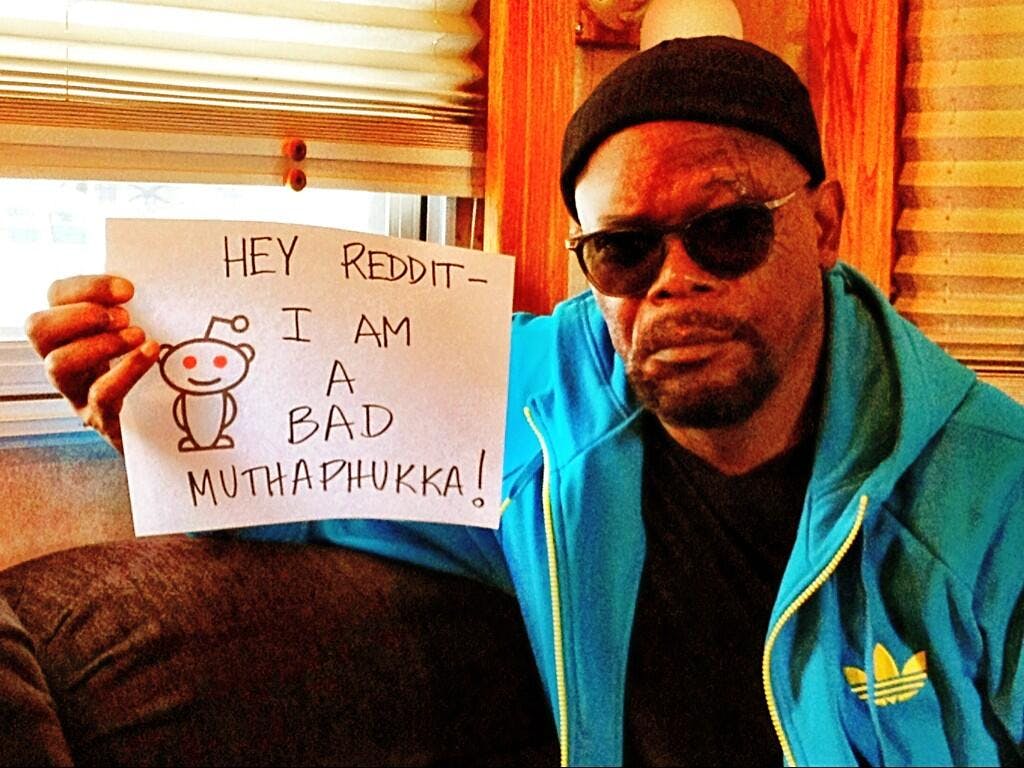 Jackson explained that he is doing the project to benefit one of his favorite charities, the Alzheimer’s Society. He is giving redditors over 24 hours to create—and upvote—the best possible monologue. The contest is scheduled to come to a close at the end of the day (Pacific Time) on May 30.

“As a BONUS, I’m offering you all the chance to be flown to the UK for lunch with ME in return for just a tiny donation to this amazing cause. I’ll also sign a beloved Kangol hat and mail it to anyone that donates $200 or more!” he added.

Redditors flooded the thread with their submissions. So far, the highest-upvoted submission belongs to teaguechrystie, who was assisted by ShayneOSU. The submission, which teaguechrystie dubs his “new alarm clock,” currently has over 3,100 karma points.

Good morning, sunshine. It’s time to get up now. Another bright and beautiful day is out there, just waiting for you to go out and— Stop. Do not hit that snooze button. Do not hit that goddamned snooze button. You think anything great in this world ever got done by a lazy motherf**ker who never even tried? You think it’s supposed to come easy? You think I’ve had it easy? Get your ass up. Get. Your ass. Up. Right now.

Beautiful things can be done in a day, goddamn it. Tell someone you love them. Make art. Get into trouble, for f**k’s sake, hurt yourself, make someone happy, get laid. Quit your job, or destroy your job—whichever one it is you want to do, it starts with you rolling out of bed right now. And brush your teeth, god damn it, your breath smells like ass.

WAKE. UP. Now. Get the f**k out of bed. This is life. You’re not gonna make it out of here alive, you’re running out of time this very second, and you want to hit snooze? Did nobody tell you that you’re capable of great things? Do you need someone to tell you that shit? Here, if you’re gonna be a god damned fool, let me say it for you: I believe in you. I think you can do it. I think you’re the baddest, most batshit crazy and capable-of-anything motherf**ker there ever was.

Now get the f**k out of bed and get something done.

Redditor JohannSebs is second in the running with his submission, which was created with the help of fellow redditors TremendousHeh and naF_emilbuS.

The Earth is a very small stage in a big-ass cosmic arena. Think of the rivers of blood spilled by all those mushroom cloud-layin’ motherf**kers so that in glory and triumph they could become the big kahunas of a fraction of a motherf**king dot. Our planet is an itty-bitty speck in some serious f**king enveloping cosmic dark. In our obscurity—in all this vastness—there is no hint that nobody will come from elsewhere to save us from our goddamn selves. And your ass ain’t talkin’ your way out of this shit.

The Earth is the only world known, so far, to harbor life. There is nowhere else, at least in the near f**king future, to which our species could migrate its ass. Visit, sure. Settle? Shit no, negro. Like it or not, for the moment, the Earth is where we make our last goddamn stand.

Now, I’ve been sayin that shit for years. And when you heard it, it meant your ass. I never gave much thought to what it meant. I just thought it was a cold-blooded thing to say to a motherf**ker before I popped a cap in his ass. But to me, it underscores our responsibility to deal more kindly with one another and to preserve and cherish the pale blue dot, the only goddamn home we’ve ever motherf**king known.

Other popular submissions belong to redditors adiddy, CockRagesOn, and Ben_Deroveur. Ben_Deroveur, working on a suggestion from second_prize, replaced instances of “nevermore” in Edgar Allen Poe’s “The Raven” with “motherf**ker.”

We can only hope that Morgan Freeman or Christopher Walken offer to do similar projects.

Photo via Made in Hollywood/Flickr