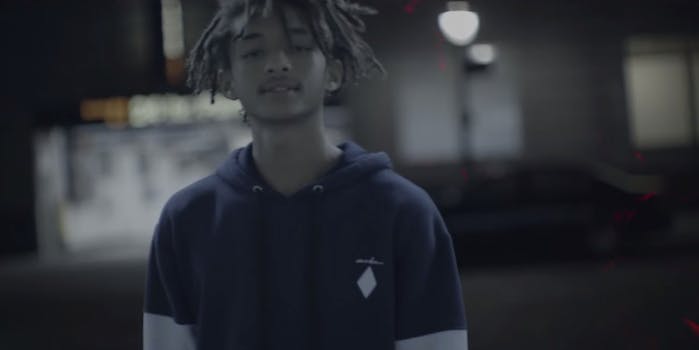 Who said it: Rust Cohle from ‘True Detective’ or Jaden Smith?

"There’s a theoretical physicist inside all of our minds, and you can talk and talk, but it’s living."

If that thought’s not enough to make you question the metaphysical complexities of this world, then allow us to take a stab at it. After T Magazine published an interview on Monday with Smith we began to wonder where the consciousness of Jaden ended and Rust’s began. Here at the Daily Dot we’ve compiled a list of 10 quotes, belonging to either the chilling lead of HBO’s True Detective or the star of The Karate Kid.

Can you tell which quote belongs to the hunter of the Yellow King and which belongs to vessel of Prana energy?

2) “When babies are born, their soft spots bump: It has, like, a heartbeat in it. That’s because energy is coming through their body, up and down.”

3) “Here’s the deal: School is not authentic because it ends. It’s not true, it’s not real. Our learning will never end. The school that we go to every single morning, we will continue to go to.”

4) “Life’s barely long enough to get good at one thing. So be careful what you get good at.”

5) “It’s proven that how time moves for you depends on where you are in the universe. It’s relative to beings and other places. But on the level of being here on earth, if you are aware in a moment, one second can last a year. And if you are unaware, your whole childhood, your whole life can pass by in six seconds. But it’s also such a thing that you can get lost in.”

7) “Sometimes I think I’m just not good for people, that it’s not good for them to be around me. I wear ‘em down. They… they get unhappy.”

9) “Well, if the common good has got to make up fairy tales, then it’s not good for anybody.”

10) “Exactly. Because your mind has a duality to it. So when one thought goes into your mind, it’s not just one thought, it has to bounce off both hemispheres of the brain. When you’re thinking about something happy, you’re thinking about something sad. When you think about an apple, you also think about the opposite of an apple. It’s a tool for understanding mathematics and things with two separate realities.”