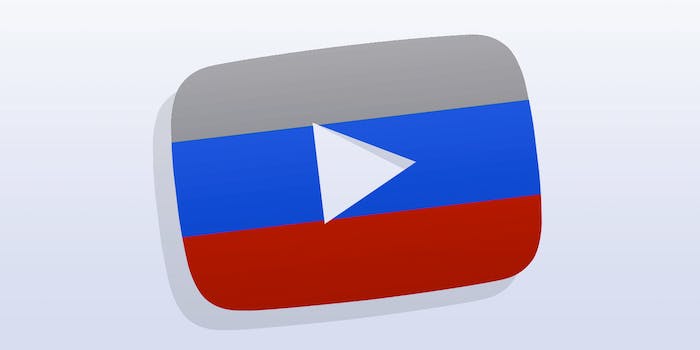 How to get the best bang for your ruble.

Welcome to Russia, the largest country on the planet, home to centuries of history and culture, rich ethnic diversity, and tanks crossing snowy highways without warning:

The nation is also home to more than its share of weirdness. Much to the delight of the Internet-using public, this weirdness is captured on video and uploaded to YouTube on the regular. This isn’t just about those notorious dashcam videos, which range from intense to surreal. It’s about:

Take your staged Renaissance Faire stunts and shove it. What began as a way to keep Russian mixed martial arts audiences entertained between regular fights has become a discipline all its own. These guys pound the chainmail off each other with swords, shields, punches, and kicks. No matter who loses, the audience wins.

Driving in Russia is insane. Motorists may head down sidewalks, park grievously, and generally swerve about like they’re the only people on the planet. Law enforcement doesn’t help much, which is why citizens created and action group called СтопХам. Pronounced “stop-ham,” the name roughly translates to “stop a douchebag.”

Members engage with rude drivers in a way that must be seen to be believed—their videos rack up millions of views. But this is a controversial group. Here’s how two native Russian friends described СтопХам to the Daily Dot:

[They are] actually a PR action of a pro-government youth movement. They suck money out of the budget and do nothing except make silly videos [and promote] themselves.

They are under Kremlin protection. But they seem to be doing quite the right thing.

This dashcam video became an international news item. On February 15, 2013, an asteroid entered our planet’s atmosphere and put on a most impressive light show. Though it was over 200 miles away, it briefly shone brighter than the sun. And you can see it for yourself above.

This is a new game called Perm, named after the region where it originated—in essence, it’s Russian roulette played with stun guns instead of bullets. You can read more about this unlikely “game” here.

There is a lovely World War II memorial in the city of Novorossiysk. Three of the six women featured in this video received jail sentences for twerking near this memorial on video: 18-year-old Margarita Radetskaya got 15 days, 24-year-old Yana Kutakova and 26-year-old Yekaterina Scherbedinskaya both got 10 days each. Two others received fines, and a participant under the age of 16 had her mother formally reprimanded for bad parenting.

Citizens rescuing a woman trapped under a train

This is not so “weird” as it is remarkable. Moscow is home to a truly impressive metro that is the busiest public transport system in the world. When an elderly woman got trapped between a train and the station platform, dozens of commuters came to her rescue by rocking the train off of its tracks enough to pull her back up to the ground.

Sex in a café

The Russians are an amorous people. Nothing demonstrates it quite as well as these two lovers going at it in a public café on New Year’s Eve.

Like a scene out of a yet-to-be-made Die Hard sequel, this video captures an unbelievable car crash that sees a car fly off a road divider and fall some 60 feet to land in shambles on the pavement below. Miraculously, neither the driver nor the passenger were injured.

Consider this your chaser for dose after dose of Russian oddities. This video will introduce you to Sergey Baklykov, who runs “Real Russia,” an English-language YouTube channel devoted to demonstrating what daily Russian life is actually like. (We are big, big fans.) In this particular video, he visits an American-themed diner called Pretty Betty in his hometown of Ufa.