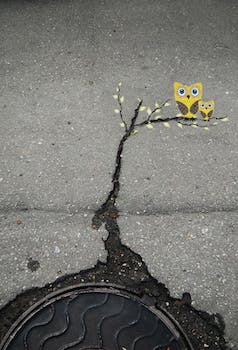 The Russian artist makes cracks in the sidewalk his canvas.

The artwork of Russian street artist Alexey Menschikov works in perfect harmony with its canvas—making spectators stop and wonder which came first, his paint or the urban landscape.

A pair of small black shoes and a face turn a splotch of yellow paint into the cartoon character Spongebob Squarepants while a well-angled photograph of a piece of shrubbery and three cracks in a wall resemble a figure of a woman: That’s the beauty of Menschikov’s minimalistic artwork.

Menschikov’s street art is similar to that of Nikita Nomerz, a fellow Russian who, with a little bit of paint and a keen eye, can use two dark holes in an old water tower to create an agape face.

Menschikov has posted photos of his street art on LiveJournal—Russia’s most popular blogging service—and the photography community 500px, where his images have been viewed more than 3,000 times. 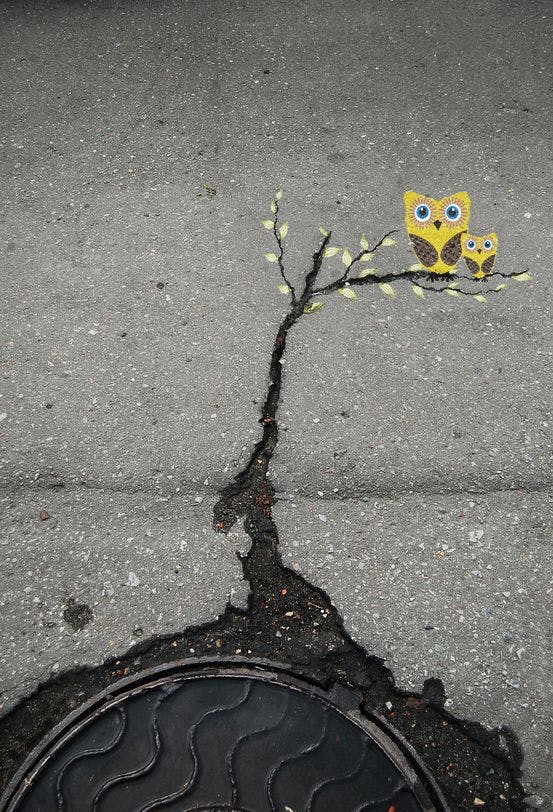 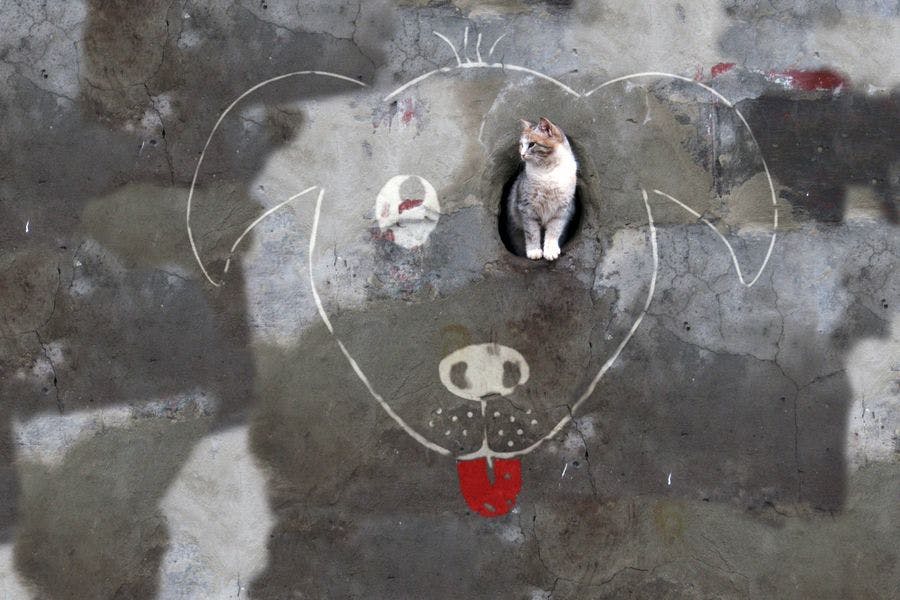 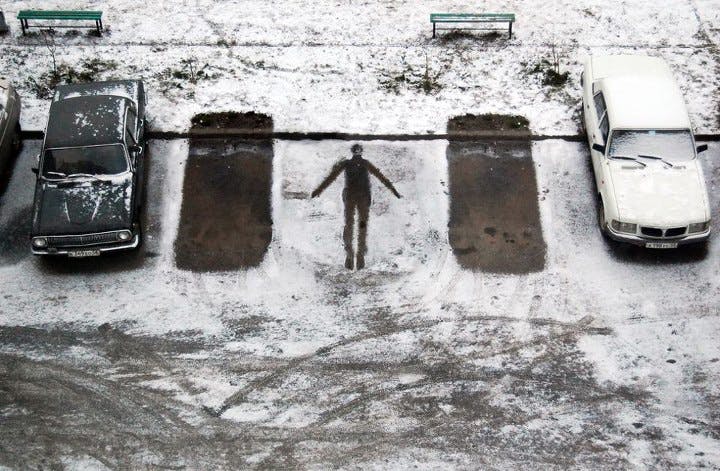 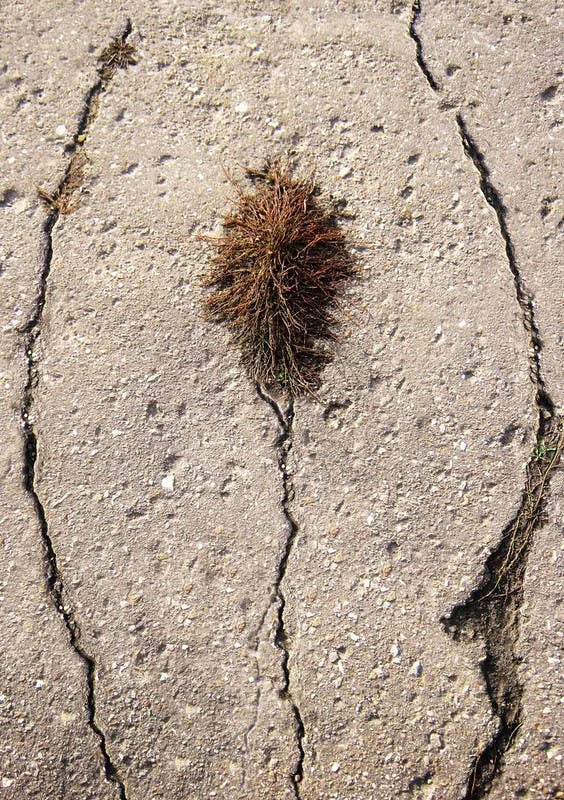 Music in the streets 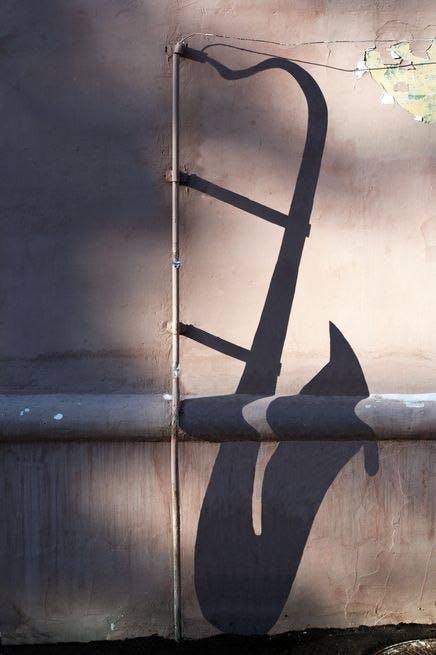 When a cat meets a snail 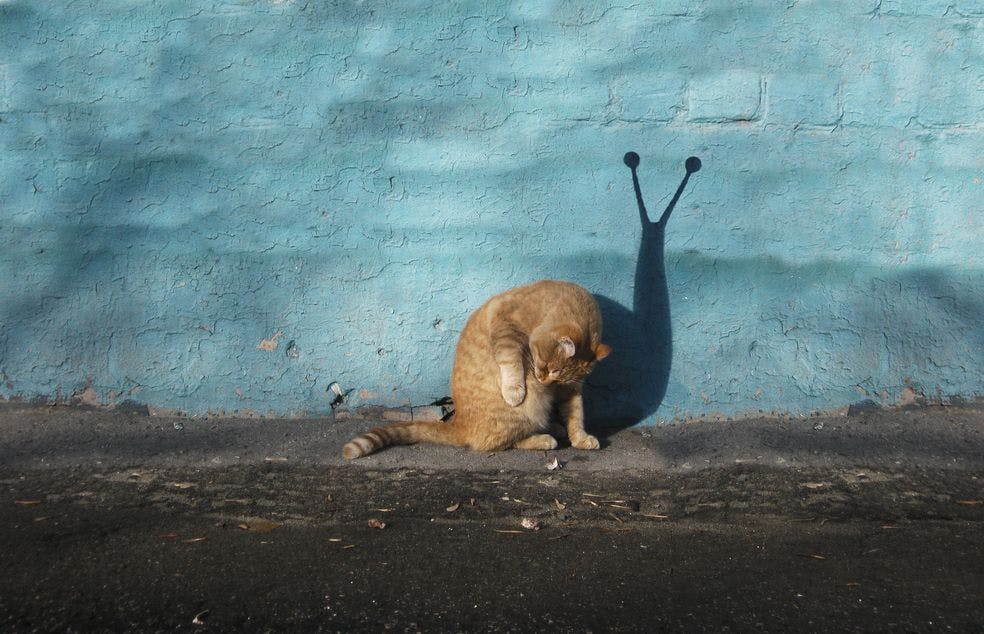 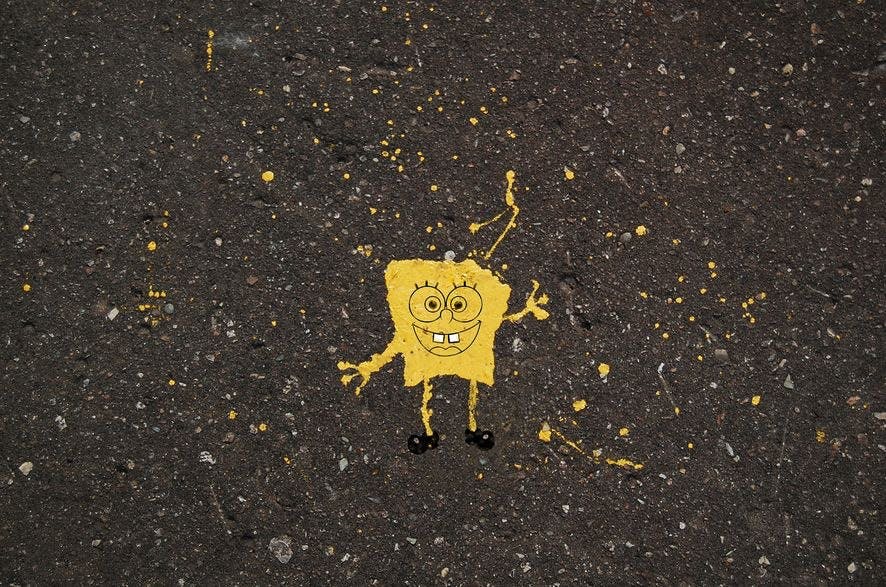