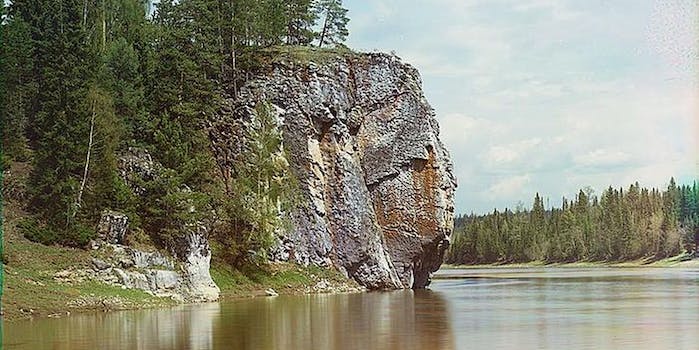 Stepan Chernogubov claims he was attacked for reporting on chrome pollution, and Russian police just let it happen.

Modern Russia has often been described as a “kleptocracy,” ruled by thieves. That certainly seems to be the case when it comes to journalists, who are frequently menaced by organized crime. Citizen journalists and bloggers are no exception, as Stepan Chernogubov can attest.

Chernogubov is a blogger who covers environmental issues in the Ural Mountain city of Pervouralsk. On his LiveJournal blog on May 4, he covered the illegal release of waste into the Chusovaya River from a chrome factory in a post illustrated by a wealth of photos.

“I could feel a strong chemical smell, which created painful sensations in my nose and throat. […] The source filling this chemical lake, as it turned out, was a rotten pipe. Perhaps it burst over the holidays, but likely it was always like this.” (Translation by Earth First News)

The next day, Chernogubov returned to the site with a group of environmentalists from the nearby city of Yekaterinburg to take water samples. The group was turned away by private security, then briefly taken into custody by local police.

Five days after he published his post, during a walk with his wife, Chernogubov was attacked and severely beaten by four men who had been following him. He was held and beaten in the face and head, then thrown to the ground and kicked, then pistol-whipped.

Chernogubov insists that when the police arrived, one of the men showed him an ID and none were taken into custody.

Activists from Greenpeace have subsequently tested the water and found it contained 100 times over the permissible amount of chrome waste.

Impunity, and the twisted skein of relationships between criminal elements, businessmen and politicians, make it apparently difficult to change things in contemporary Russia. But bloggers like Chernogubov are not as rare as you might think, especially given the welcome that awaits them when they publish posts like this.