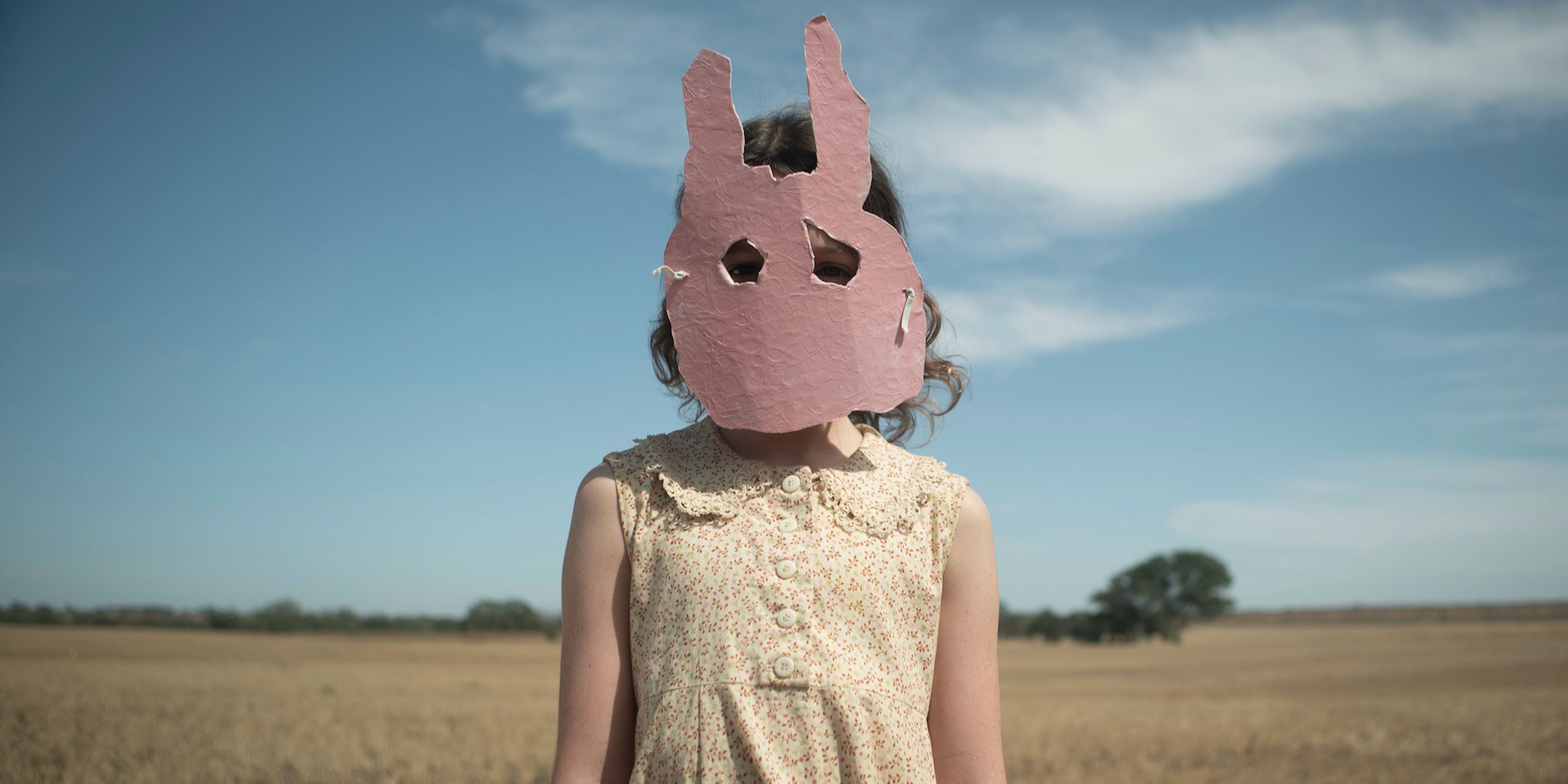 The horror film follows the arrival of a mysterious white rabbit on a mother's doorstep.

Run Rabbit Run is full of the kind of horror touchstones we’ve seen before: A family riddled with grief, a creepy young girl whose every line of dialogue raises more concern, a mysterious pet that may or may not harken the arrival of something darker. Some of the best horror movies play around with the familiar and push the envelope further and further.

Release Date: TBD
Director: Daina Reid
Streaming: Netflix
After the arrival of a mysterious white rabbit on her doorstep, a single mother starts to notice some intense changes around her 7-year-old daughter.

That’s not the case here. While Succession’s Sarah Snook commits to a highwire performance, Run Rabbit Run isn’t doing anything we haven’t seen elsewhere and can’t quite get out of its own way.

Sarah (Snook) is coming off the recent death of her father as she and her daughter Mia (Lily LaTorre) try to go on with their lives. She takes Mia to school, goes to her job as a fertility doctor, and the only indication something might be off is a daily phone call from a senior care facility that she does her best to ignore. Her relationship with her ex (Damon Herriman) is reliable as she hosts him and his partner over for Mia’s birthday party. Mia is inquisitive as she asks Sarah about Joan (Greta Scacchi), Sarah’s estranged mother, and even Sarah’s evasiveness can’t dissuade Mia, who misses Joan despite having never met her. “I miss people I’ve never met all the time,” Mia says when asked about it.

On her birthday, Sarah and Mia arrive home to a white rabbit sitting on their doorstep. It’s docile in Mia’s arms, and she wants to keep it, but Sarah is more skeptical, believing it ran off from a neighbor’s house. The playpen that soon appears in Sarah’s backyard speaks volumes, although that doesn’t stop her from attempting to chuck the rabbit over her fence, resulting in the rabbit biting her hand.

But that bitemark, which won’t seem to heal no matter how much time has passed, is only the start of Sarah’s worries. Mia becomes more combative, insisting that her name isn’t Mia and that Sarah isn’t her mother. Darkened rectangles appear on the backs of Mia’s drawings, which worries her teachers. Her fascination with Joan becomes a full-on obsession, and when she doesn’t get her way, she starts hitting and kicking her mother. Things ramp up to a more disturbing level once Mia meets Joan and Sarah begins cleaning out Joan’s home, located in a remote part of the Australian countryside. And she insists on wearing a roughly cut rabbit mask over her face as often as she can get away with it, and it becomes such a part of her she seems surprised whenever she takes it off to find a bloody nose underneath.

Run Rabbit Run sometimes goes in circles and stops with a fade to black just as momentum builds up. One minute, Mia is inquisitive about things, the next, she’s throwing a tantrum. As Sarah’s past comes back to haunt her—both metaphorically and later on a more literal level—unexplained phenomena start to appear, making Sarah (and us) question just how much of what we’re seeing is real. Some moments in Hannah Kent’s script may even make an audience gasp, although it won’t take much to figure out how certain elements play out well before they’re shown.

It’s Snook’s performance, one that starts off more contained but grows bigger by the minute all the way up to the highwire finale, that draws you in. Director Daina Reid (best known for directing several episodes of The Handmaid’s Tale) puts an onus of trust in Snook, which pays off in dividends. But while Sarah may find some of her answers by the end, on the other side, it’s a familiarity that pales compared to similar works.

Run Rabbit Run is screening in-person and online at the Sundance Film Festival.