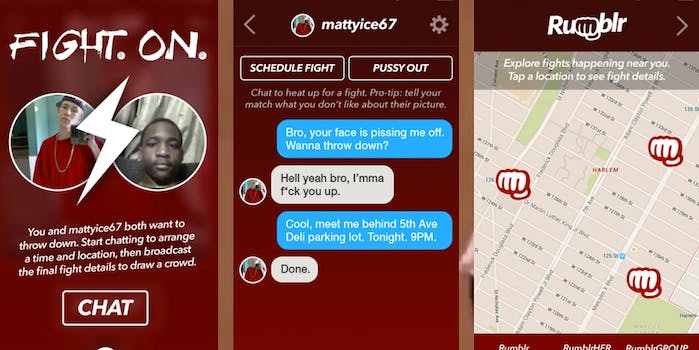 Fighting app Rumblr turns out to be a hoax

But we were all ready to rumblr...

It’s a sad day for bros who were eagerly awaiting the launch of the brawling app “Rumblr,” which claimed to be like “Tinder for fighting.”

In a twist that should really surprise no one, Rumblr turned out to be a marketing ploy by a new creative consulting agency.

“Rumblr originally came about organically as a funny idea, but quickly became something much bigger than that.” the company said in a statement. The creators also had a few suggestions for people who were upset that a “beat-the-shit-out-of-strangers” app wasn’t real.

We understand that some of you were genuinely looking forward to using an app like Rumblr, and we’re sorry to disappoint. However, if you still are truly wishing to release some built-up angst, consider fighting more pressing issues such as gang violence, domestic abuse, and at-risk youth culture.

We really should have been tipped off that something was amiss. Disregarding the obvious legal issues with such an app, the pictures alone were almost too good to be true. 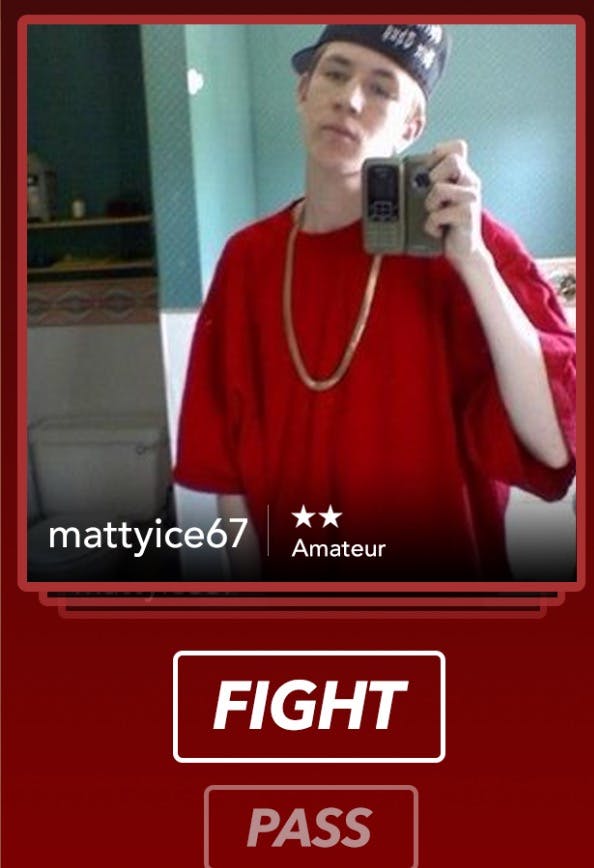 I mean, who wouldn’t want to punch that guy in the face?

Then there were features like “RumblHER”—you know, for the ladies—and a setting for groups to arrange large street brawls.

Maybe we all believed it because we wanted it to be true?  After all, fighting is an intrinsic and primal part of human nature, and it has now become second nature to fill our needs with our smartphones.  It’s kind of the perfect idea, which means there’s money to made, which means that the next time you see an app like this, it just might not be a hoax.