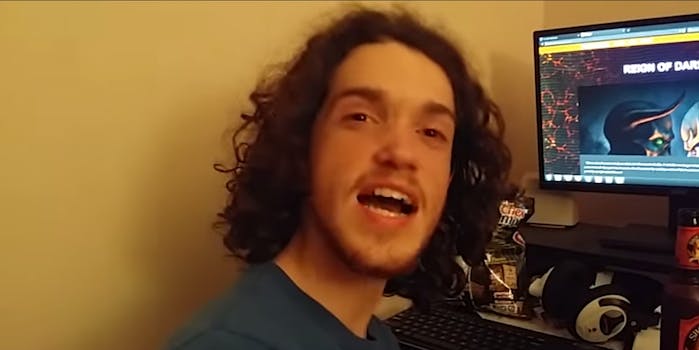 Yes, this is also what you sound like when you are drunk and attempting to sing.

When YouTube user Topher Sheppard walked into his apartment, he heard Third Eye Blind’s song “Slow Motion” blasting from the speakers of his roommate John’s computer. As if that wasn’t terrible enough, he also discovered that Third Eye Blind had a new member: John.

Utterly wasted, John, sitting alone at his computer, passionately sings along with Third Eye Blind as Sheppard films him.

While John’s singing is certainly nothing he should be proud of, he has nevertheless amassed an audience that would fill most major concert and entertainment venues. Sheppard took it upon himself to share the video with Reddit’s r/videos community, which helped it snag more than 130,000 views.

“I want to go out for a night of karaoke with him,” redditor Zombie_Lover said. “A few pitchers and some shots and let him sing his heart out.”

We’re pretty sure what John will be doing if he is ever apprehended by police.