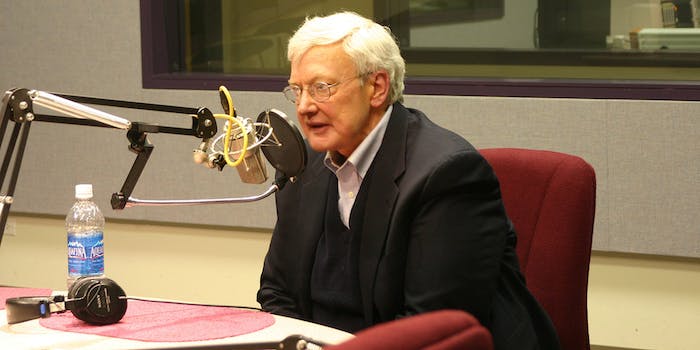 Roger Ebert, venerated film critic, is dead. Or is he?

Uh, yes. Yes he is. Did you think this was some kind of zombie flick? But while the final credits may have rolled on Ebert’s incredible life, the writers of RogerEbert.com continue to maintain his Twitter account—promoting the site’s reviews and occasionally drawing from Ebert’s vast archives.

Then, today, this happened:

Looks like whoever who got Ebert’s old phone number isn’t too happy about what the Twitter account is doing for their data usage. (Hey, with almost 800,000 followers, the push notifications tend to get gnarly.)

Finally fed up with the burden of social media celebrity, said phone owner did the only reasonable thing: They tweeted at the entire world for technical assistance. The world, naturally, was only too eager to help.

@ebertchicago I am canceling it now

@ebertchicago I thought you passed away?!

Somehow, though, data prevailed. What a twist!