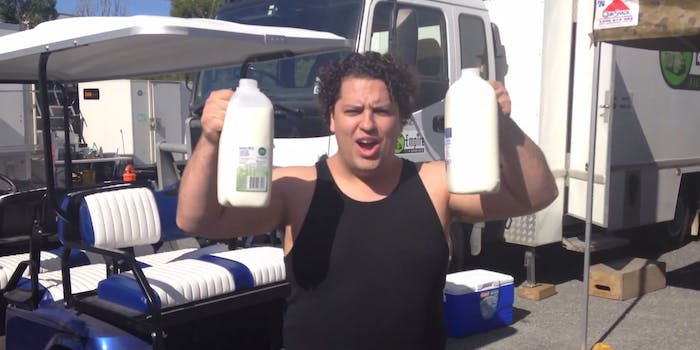 You can become the Rock by chugging a gallon of milk

Sounds crazy, but you can’t argue with the results.

It’s now a lot easier to turn into Dwayne “The Rock” Johnson.

The science is there, the math’s been done, and a determined Facundo has the technology. While the gallon challenge really isn’t advisable for anyone to try, Facundo is different. He’s willing to take the risks and push through it, no matter how much people try to convince him otherwise.

Well, you can’t argue with the results.

It’s not the first time that Johnson’s put his full body of support behind milk. He starred in the ad campaign’s Super Bowl 2013 commercial, which saw him temporarily neglecting fighting crime in order to get his hands on another gallon for three young girls.