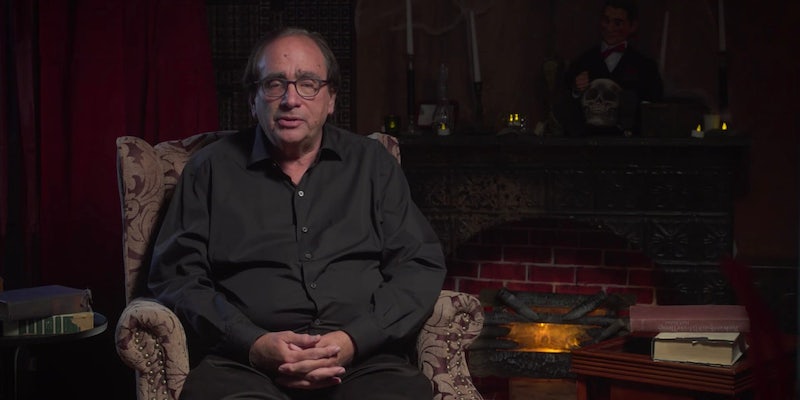 Twitter virality is a tricky thing. Sometimes a tweet goes viral because it’s newsworthy, or it features something cute or horrific. Maybe the tweet is meant to garner some kind of response, or it came from someone with a high follower count. But sometimes there might be no rhyme or reason to it.

A recent example of the latter comes from children’s author R.L. Stine, whose latest tweet simply reads, “Shakira, Shakira!” He doesn’t offer any explanation for why he might’ve posted about Shakira.

Naturally, it’s gotten over 11,000 retweets and 28,000 likes—a far greater result than what Stine usually gets based on recent tweets, which have been largely related to his and his family’s published works. Stine hasn’t followed it up yet, but he has taken to liking several responses from fans, some who’ve gotten creative combining Stine’s work with Shakira lyrics.

Oh baby when you talk like that, you know you got me hypnotized… so be wise and keep on reading the 99 Fear St series

For some, it might have seemed like a tweet that came out of nowhere, but for others, it’s quite familiar. He tweeted the same thing a little more than a year ago, and that tweet received hundreds of retweets and likes.

The popularity of Stine’s first Shakira tweet baffled him, something he mentioned to Entertainment Weekly last year after revealing that he had most recently listened to Shakira’s album El Dorado.

Most of [El Dorado] is in Spanish, but it’s great. I love it! This is the most popular tweet I ever did, and I’ve been tweeting for years. You ready? Here it is in its entirety: “Shakira, Shakira!” [Laughs] That was the whole tweet! Hundreds of likes. Hundreds of retweets. Why? Why?

Why indeed. But Stine’s Shakira fandom—on Twitter, at least—can be traced back to 2010 when he posted about Shakira’s video for “Waka Waka (This Time For Africa),” which was the official song of the 2010 World Cup.

And when someone questioned him about it, Stine said he liked it specifically for Shakira.

He even offered it up as a potential Song of the Summer.

Every summer has its great song. Which is it this summer? Katy Perry–California Gurls? Eminem-Love the Way You Lie? Shakira-Wakawaka?

Who knows what prompted him to tweet about it again—Why not? would be reason enough—but at least he has some good taste in music.