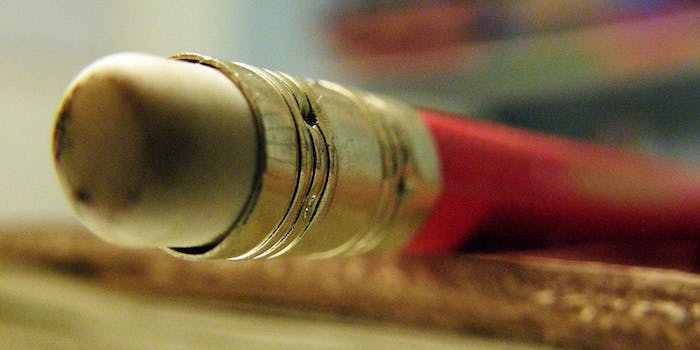 Should you have the right to remove undesirable search results from Google?

We must be able to trust the results Google gives us.

The recent decision by the EU’s highest court—forcing Google to comply with some takedown notices from individuals who don’t approve of search results about them—might sound very empowering. For European citizens, no more will their high school Xanga be a shameful joke to prospective employers or dates who take to the search giant to find them online.

More seriously, if you have some events in your legal or financial history that appear when googling yourself, those in Europe can request the results be struck from Google’s record. To be clear, this does not empower someone to remove the reputational blemish from the Internet altogether—just Google’s search results.

However, aside from giving you more control over your data, the decision raises serious questions about the validity of online content, as well as introducing a new wave of individualized censorship. Far from just affecting Google users in Europe, the EU may have just fundamentally altered the way information travels online.

Lining up with similar legislation in favor of “the right to be forgotten,” the decision is a landmark one in several ways.

Second, the court ruled that listings on a search page are Google’s own content. During the case, Google defended itself by stating it is not the actual host of the content it links to, and is only highlighting what is publicly available (a similar argument used by online piracy pioneers like BitTorrent and Kim Dotcom).

The case centered on a Spanish man who found his previous financial troubles were quickly available upon searching his name. The documents Google listed were printings from a Spanish newspaper about the auctioning of his house, as public a record as there ever could be.

In the decision, the court correctly observes Google “retrieves, records, and organizes” the results which then are “stored” on its servers, making it Google’s content. Furthermore, it placed ownership not just on Google Spain—the Google subsidiary in question—but on Google as a whole, meaning the European Union just successfully regulated content on servers nearly 6,000 miles away.

While the benefits to the individual might be easily evident (who wouldn’t like the scrub the more shameful moments from their public past?), the risks brought upon by this decision are unlimited. Google has been solidly the chief processor of online content for the better part of the last decade, knocking down search competitors without breaking a sweat.

What its success means for the Internet, however, is we must be able to trust the results Google gives us.

Much like we need even flows on bandwidth from ISPs, search engines—especially one as powerful and large as Google—must be sure they are providing users with the most accurate, relevant content. Not just as a matter of quality, mind you, but as an honest duty as arbiter of the world’s information. The moment you, me, and everyone we know can simply fill out a form and have information scrubbed from Google search results (thereby making it more difficult by a tenfold to ever find it), that trust is violated.

To be sure, however, the court did not give citizens a carte blanche for removing data. Any listing must be so aged as to not be relevant to the subject’s person, yet serious enough the person must have a relevant expectation of the information’s secrecy. For example, in the case of the Spanish man who lost his house, the newspaper listings found on Google’s search results were from 1998.

What this spells is a bureaucratic mess for Google. The company must now devote legal energy to sifting through the privacy concerns of any of the 560 million Internet users in EU member states. And it would be a mistake to believe this only impacts search engines: considering social media sites like Twitter and Facebook have even less a degree of separation from content uploaded onto their servers, you can be sure similar issues will soon arise.

And what of institutions that might not like what their own search results show? Considering the US Supreme Court makes move after to move to treat corporations as private individuals, would a ruling similar to the EU case extend a person’s expectation of privacy to companies? How many years does BP have to wait before its 2010 Gulf of Mexico oil spill is no longer considered relevant to that company’s history and, therefore, available for the privacy chopping block the EU has created?

If one applies the same logic, IBM could reasonably request all information relating to that company’s partnership with Nazi Germany be removed from Google’s search results.

While that might sound extreme, consider how this might empower individuals of worldly concern. Last week, Monica Lewinsky made headlines with a longform article in Vanity Fair about her own struggles with a reputation that followed her in media and online, calling herself “the first person whose global humiliation was driven by the Internet.”

Her affair with President Clinton—which inadvertently caused the first impeachment of a President since Andrew Johnson 130 years before—was 16 years ago, yet still hampers Ms. Lewinsky in her professional life. Considering the historical, if shameful, value of knowing that about her, should she have the right to remove any mention of it upon searching her name? Should Bill Clinton?

Of course, these hypotheticals all depend upon the decisions of not just lawyers under Google’s hire but future judges in future decisions.

This ruling by the high court of the EU combines the two worst qualities of any law: broad and vague. Every piece of personal information about a European is now up for debate, no matter how mundane or drastic. In a single strike of the pen, the entire availability of information online has been put into question.

And we across the Atlantic, undergoing our own fight for the free flow of knowledge, should take strong note of this new and dangerous front.

Photo via Kaptain Kobold/Flickr (CC BY 2.0)