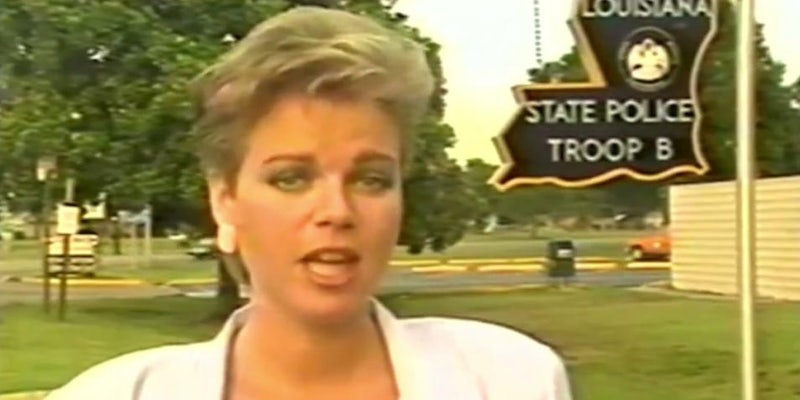 This compilation of ’80s and ’90s local news bloopers is magical

The hairstyles really pull the entire video together.

Wherever there’s local news reported live, bloopers are sure to follow, and while new outtakes pop up on YouTube with shocking regularity, there’s nothing like taking a look at some news gaffes from yesteryear.

This compilation of ’80s and ’90s news bloopers is beyond magical. Some of the clips are so absurd that you might wonder if they were staged—I mean seriously, did that reporter really try to pick a fight with a random guy at the 3:50 mark?—but they’re absolutely hilarious nonetheless.

Even if you’re not particularly taken with the accidental profanity, double entendres, and impromptu giggle fits of the reporters, you’ll still be charmed by the deliciously retro hairstyles, screen graphics, and Ron Burgundy-esque confidence that radiates through your computer screen.