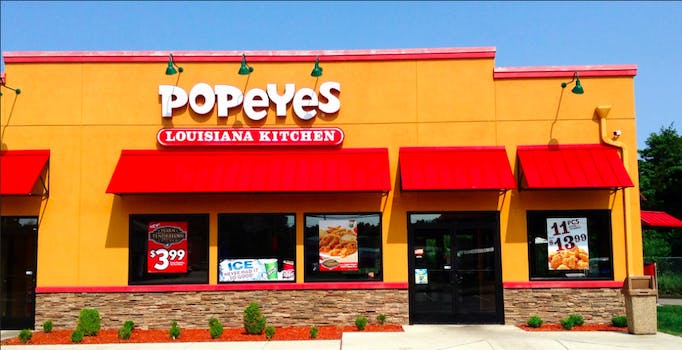 Local restaurant busted for selling Popeyes’ chicken as its own

They really doubled down on this one.

A local restaurant in Long Beach, California, was accused this week of serving fried chicken smuggled in from fast food chain Popeyes, but instead of denying it, the owner of Sweet Dixie Kitchen doubled down, claiming her establishment “PROUDLY SERVES Popeyes spicy tenders.”

This “just own it” strategy doesn’t seem to be working: Sweet Dixie Kitchen has become a laughingstock online and its Yelp page is being bombarded with one-star reviews.

The trouble for Sweet Dixie Kitchen started earlier this month, when a customer wrote on Yelp that “we saw them quickly bring in two large boxes of Popeyes to the kitchen.”

“Tyler H.” wrote that he decided to order chicken and waffles to see if Sweet Dixie would really serve him the Popeyes. They did.

“I kindly asked our waiter how they cooked their fried chicken. After checking, he admitted that they do in fact use Popeyes,” Tyler wrote. He added that the manager didn’t charge him for the meal.

Kim Sanchez, the owner of Sweet Dixie Kitchen, could have stopped buying Popeyes or taken the fried chicken dishes off the menu altogether, but she opted to plow ahead and attack Tyler in a Yelp response instead:

“[W]e promote usually small batch local producers in our menu. The exception is Popeyes—we can’t fry at this location—and [it’s] the fried chicken I love so much and ate a ton of it the ATL,” she wrote.

Some might say you shouldn’t offer fried menu items if you don’t have a fryer, but whatever to them.

It would be one thing if Sweet Dixie had been upfront with customers about what they were serving, but until this month the restaurant’s Facebook page claimed “everything is made here,” and even used the “scratch” hashtag on a photo of a fried chicken biscuit sandwich.

And now, whoever’s running the Sweet Dixie Facebook page has even begun attacking commenters who don’t mind the Popeyes.

“If you use chicken from Popeyes cool be at least be up front about it,” one woman wrote.

“Get over yourself,” Sweet Dixie Kitchen responded.

The Facebook page seems to be down now, but a Long Beach food writer grabbed screenshots of the exchange.

Foodbeast, the blog that broke the Popeyes story, went to the restaurant after the controversy and ordered chicken on video to see what would happen:

Sweet Dixie Kitchen’s Yelp page is currently under an “active cleanup alert,” Yelp’s process for handling businesses that are “in the news” by removing reviews from people who don’t seem to have actually eaten there. Meanwhile, fans of the restaurant are defending it from “snobs” by posting 5-star reviews.

Despite being spammed with negative reviews due to the Popeyes scandal, the restaurant’s average rating is sitting at 4 stars.

“In response to their response… If you think Popeyes serves the best fried chicken then you really don’t know what you’re talking about.   I challenge you to be honest with your customers…put it on your menu that you “proudly” serve Popeyes chicken.  You do this for coffee…why not for Popeyes chicken?”